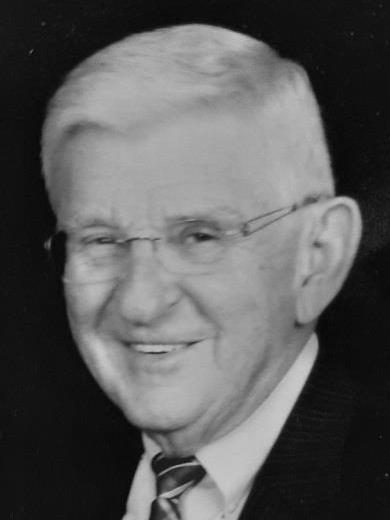 Walter Prewitt Hayes, 84, formerly of Winchester, passed away on Aug. 25 in Frankfort. He had suffered with Alzhemer’s disease and contracted COVID-19, which caused his death.

He was born to John Prewitt Hayes and Elizabeth Hackett Hayes in Clark County on May 28, 1936. In 1954, Walter graduated from St. Agatha Academy, Winchester, Ky., where he played on the basketball team. He entered the Navy in 1954 and attending radio school at Bainbridge, Maryland. He played basketball on the Little Creek naval base team for four years. He attended Transylvania University. He was employed at IBM for 39 years, spending 10 years in Raleigh, N.C. with IBM.

Walter was involved in many organizations and community activities throughout this life. He was involved in Boy Scouts for many years, earning his Eagle Scout and becoming a member of the Order of the Arrow. He later was a Scoutmaster for Boy Scouts Troop No. 54. He was a past president of the Clark County Fish and Game Club, and also past president of the Winchester Country Club. Golfing was his favorite hobby, and he played in many tournaments over the years.

At Calvary Christian Church, he served as a deacon and as building chairman and oversaw the building of the new sanctuary. At the time of his death, Walter was a member of the Sand Spring Baptist Church in Lawrenceburg. He was a longtime choir member and loved singing in church choirs.

He also served on the Clark Count school board and was a past chairman of the board. The Clark County school system commissioned Walter in 1986 as honorary member of Trapp Elementary School PTA. During his time on the school board, both Strode Station Elementary and Clark Middle School were built. Walter was also active with Hospice and many cancer awareness initiatives during his first wife’s illness, until her death. He was commissioned a Kentucky Colonel in 1966 and again in 2015. He managed the Central Kentucky Monument Company for several years until retirement in 1997.

Walter married Judy Averitt Hayes in 1958, who preceded him in death. He is survived by his loving wife of 12 years, Kay McDaniel Hayes, Lawrenceburg; his two daughters, Nancy Hayes Kirk and Beth Hayes (Jeff) Summay of Zenica, Bosnia-Herzegovina; five grandchildren and two great-grandchildren; and two stepchildren, Wayne McDaniel and Pam (Gary) Martin. He is also survived by beloved cousins, a niece and several great-nieces and a nephew.

The family would like to thank the Frankfort Regional Medical Center for their excellent and compassionate care, especially the hospice nurses.

Because of the COVID-19 pandemic, a private graveside service will be held for the family on Saturday, Aug. 29 at 1.30 p.m. In lieu of flowers, please send donations to Hospice East, 407 Shoppers Drive, Winchester, KY 40391.