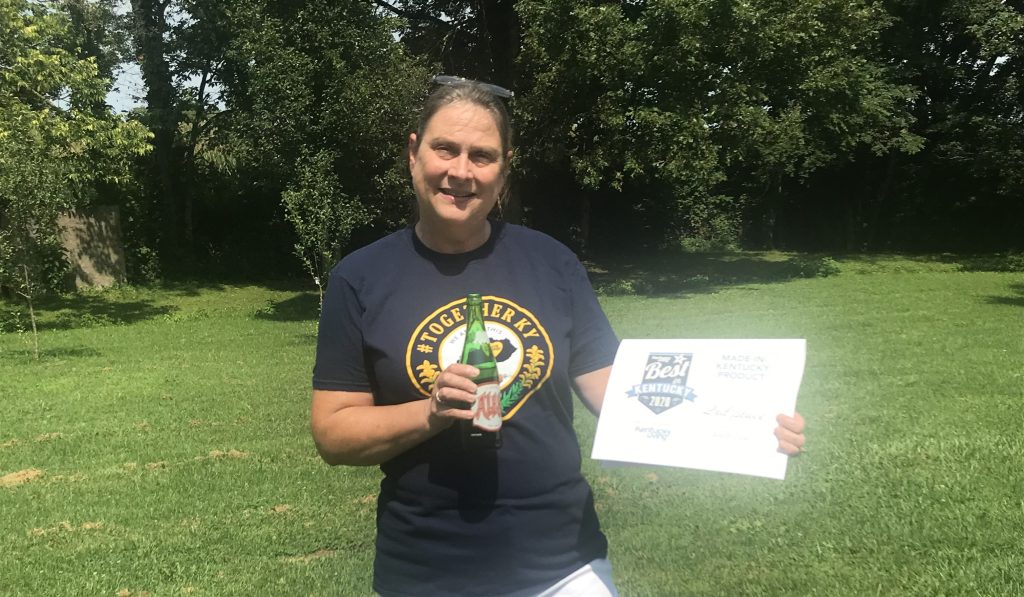 Ale-8-One won second place for the Kentucky Product category in the Kentucky Living 2020 Best in Kentucky awards which were announced on Thursday, Aug. 27, live on Facebook. Shown here is DeAnne Elmore. (Photo by Renee Williams)

Ale-8-One has once again been named to Kentucky Living’s Best In Kentucky list.

As the keepsake Best in Kentucky edition of Kentucky Living rolled off the presses headed for nearly a half-million households across Kentucky, the winners were announced on Thursday, Aug. 27, during a special virtual awards show hosted by Heather French Henry and sponsored by Cave City Tourism.

Because of pandemic safety concerns, the awards show transitioned from its traditional venue at the Kentucky State Fair to the virtual format, featuring presenters at locations across the commonwealth.

Each year, Kentucky Living invites readers to cast their votes for hometown favorites in 25 categories, ranging from destinations and food to outdoor activities and beverages.

The winners are then published in the September issue of Kentucky Living, the flagship publication of Kentucky’s electric cooperatives.