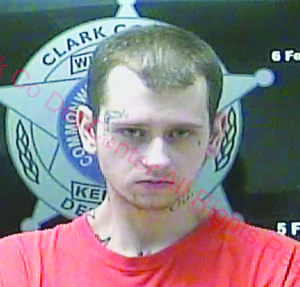 A Madison County man was sentenced to a year in prison for bringing illegal drugs into the Clark County Detention Center last year and endangering the people sharing his cell.

On Thursday, 27-year-old Derick Damrell was sentenced to one year each for single counts of first-degree wanton endangerment and first-degree promoting contraband. Clark Circuit Judge Jean Chenault Logue ordered that the sentences run concurrently for a total of one year.

A charge of violations of conditions of released was dismisses as merged with the other sentences.

According to court documents, Damrell was being held in the CCDC on other charges when deputy jailers were checking cells on Dec. 12, 2019.

While checking the third-floor cell where Damrell and more than a dozen others were housed, deputies found a tube containing suspected heroin as well as other pills and crushed suboxone pills.

Damrell reportedly admitted to deputies that the drugs were his.

An informant inside the jail told deputies the drugs were hidden in coffee grounds.

Damrell waived his case directly to circuit court and waived an indictment as well. He then pleaded guilty to the single counts.