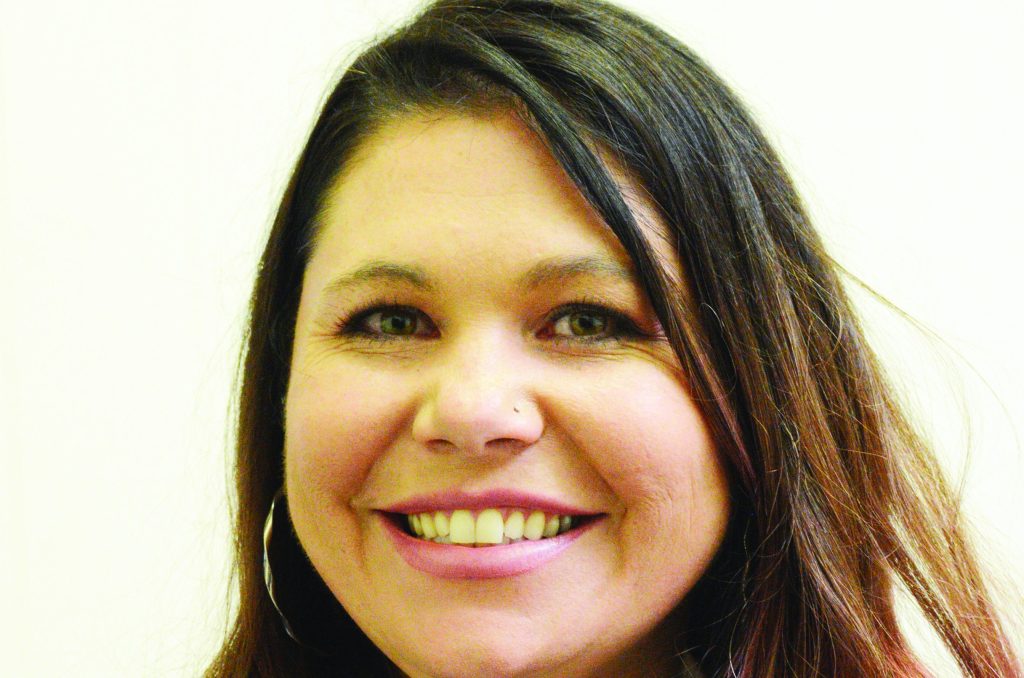 Editor’s Note: This is the first in a series of articles profiling candidates who are running for the 73rd District House of Representatives. The other candidates will be featured in upcoming editions of The Sun and online.

There will be three candidates for state representative in the 73rd District.

Jada Brady of Winchester filed Aug. 24 as a write-in, joining Republican Ryan Dotson and Democrat Kenny Blair as contestants for the Kentucky House seat that represents Clark County and a small part of Madison.

“I’m giving the community a choice,” she said, “that third option they deserve.”

Brady knows the odds are usually long for a write-in candidate, but she intends to run a serious campaign and put some resources behind it. She has started raising funds and has 590 followers on her campaign Facebook page.

One of her backers is the current state representative, Les Yates, who was narrowly outpolled by Ryan Dotson in the June primary.

“I think she has an excellent chance of winning,” Yates said Friday when he confirmed that he is backing Brady.

Yates said the Republican Party didn’t support him against his challenger in the primary, and he thinks “Kentucky deserves better than this candidate,” meaning Dotson.

Unlike Blair and Dotson, Brady has never run for public office before, but the opportunity presented itself, and some people urged her to do it.

She decided she would, but on her own terms.

“I want to run a positive campaign — no negativity,” she said.

Brady said she wants to be a voice in Frankfort for the district’s teachers, veterans, small farmers and small business owners.

She is a small business owner herself, and the daughter of former small business owners. Brady owns a property management company on Main Street across from the courthouse, and her parents, Jim and Peggy Brady, owned a family restaurant where she worked.

After graduating from George Rogers Clark High, she earned a bachelor’s degree in business from the University of the Cumberlands and has worked in human resources for the past five years.

Her husband, Chris Christy, is an insurance adjustor for large claims, and also works for a roofing company.

They are in the process of building a house.

Brady said she has a firsthand perspective of the needs of small businesses and can “bring actual solutions to the table.”

As a legislator, though, she said her first priority would be looking after the interests of farmers, including hemp growers who have seen their product rise and fall.

She said she believes farmers are overburdened by regulation and taxes.

Children are another priority for Brady.

“I have a big heart for kids, so I want to make sure that our kids are protected here in the state,” she said.

One concern is human trafficking, which she said is happening here in our community. Another is making it easier and less expensive to adopt children, something she and her husband have looked into doing themselves.

“Quite frankly, the cost is just prohibitive,” she said.

Taking on the drug abuse crisis is also a priority, she said, and she wants to see something like Paris’s Boone Project in Winchester to help addicts have “a safe place” to “get back on their feet.”

Brady is a registered Republican, but she is tired of partisanship and thinks others are, too. She wants to focus on “what’s good for the 73rd District, what’s good for Kentucky.”

She didn’t say which party she would caucus with if she’s elected.

Steve Caudill, a retired police officer and historical re-enactor, is a Brady supporter and likes the idea that she wants to run a campaign based on what she can do for the district rather than going negative on social issues.

“I think people are tired of people cramming this God thing down their throats,” Caudill said.

The “God thing” is an important thing to her, Brady said, but “at the end of the day, it’s about loving everybody.”

Asked whether she thinks the governor is overreaching in trying to fight the coronavirus with public health orders, she looked for the middle ground.

There hasn’t been a pandemic like this one since before her grandparents, she said.

“These are not normal times,” she remarked.

On the other hand, she believes our government is designed to have “checks and balances,” and officials should make sure they’re working, she said.

Time will tell, she added, whether governments did the right thing by shutting things down, or whether “herd immunity” is the “best route to go.”

Although she has never been a candidate, Brady said that since college she has paid attention to and thought about political issues and solutions.

“I believe I bring a fresh face … and I don’t think you have to be a longtime politician to do good things for your community,” Brady said. “People complain all the time about things in the 73rd District not getting better … so it’s high time I start doing something about it.”

“Though I cannot fix the world, I want to fix one thing … or a hundred things” for her little corner of it, and she wants to make sure everyone feels they are heard and represented.