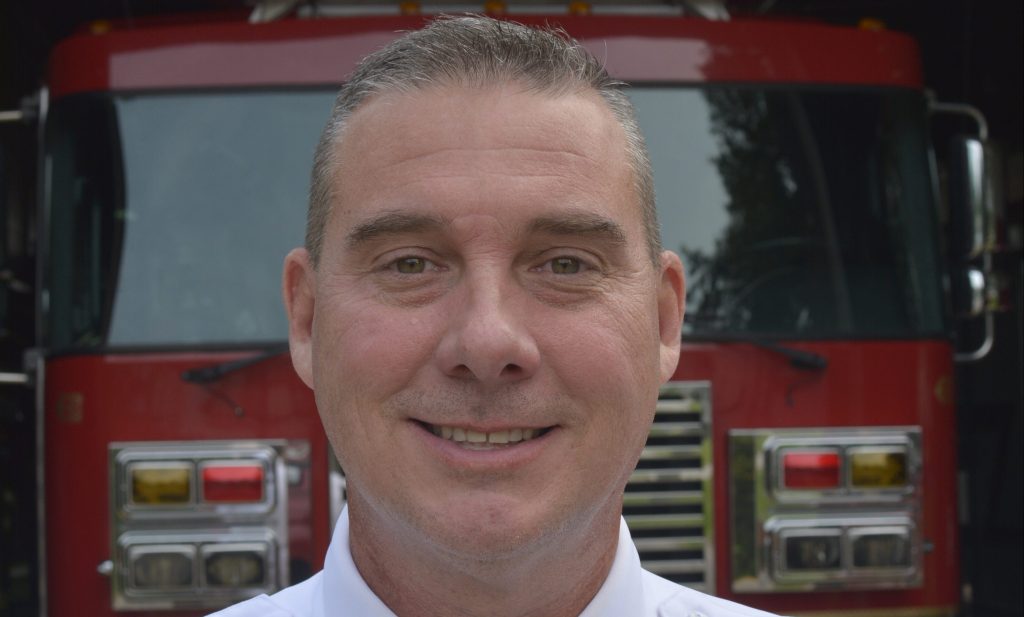 Steve Asbury wasn’t planning on becoming a firefighter, never mind rising through the ranks to be fire chief.

Asbury, who was recently appointed chief of the Clark County Fire Department, started out wanting to be a police officer.

“I had attended Eastern Kentucky University and studied law enforcement and became a firefighter,” the Cynthiana native said. “There was a position open (in Cynthiana’s fire department) at the time and I thought it was a way to get my foot in the door. I loved it and it stuck. I fell in love with the profession.”

Asbury started with Clark County Fire in 2012 after working for Paris Fire Department. Asbury actually retired from CCFD in July after 24 total years as a firefighter, but couldn’t pass the opportunity following Ernie Barnes’ retirement in July as chief. Barnes was appointed chief in March 2018 and had been a firefighter for 21 years.

“I was only gone a month,” Asbury said. “My wife said not long enough. The position was open and I still felt I was young enough to contribute to the department and the community. Retirement was great but … I still felt the need to give back.”

Asbury said the department is in good shape overall, though it is shorthanded.

“We are understaffed,” he said. “The problem is there aren’t a lot of candidates out there. I want to get our department back to full staff. Our department is transitioning from an older department to a younger department.”

The hope, he said, is to get a newer generation trained while the current generation is still active. When they do, there will be new equipment.

Hiring will be one of Asbury’s first tasks when he starts officially Monday.

“We have an applicant pool,” he said. “I’m excited. It’s my intent to be hiring within the next month.”

Getting the band back together