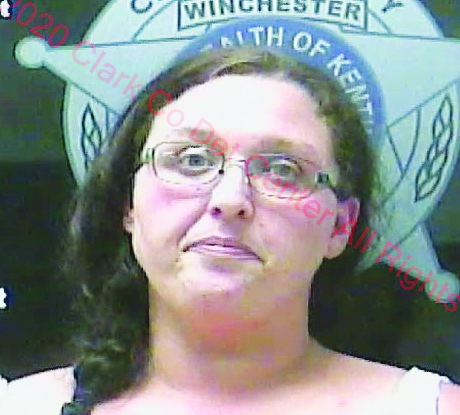 A Winchester woman was arrested on a year-old second-degree assault warrant after a police officer recognized the woman walking on the street.

Tammy Moore, 37, of Holly Avenue, was named in a warrant issued on Nov. 6, 2019, for allegedly injuring another woman during an altercation. Moore was arrested Wednesday afternoon on Sterling Street.

Winchester Police Capt. James Hall said Moore was likely moving between several counties for the last 10 months. Hall said they were not actively searching for Moore, but a Winchester officer recognized Moore Wednesday and checked for active warrants. Moore was then arrested and lodged in the Clark County Detention Center.

According to the warrant, Moore assaulted another woman on Oct. 20, 2019, to the point she had multiple facial fractures and required surgery.

“It was just with her fist,” Hall said. “I know there were several facial fractures that raised it to the level of second-degree assault.”

In the warrant, WPD Detective Steve Charles said Moore told him she “went overboard and did not mean to hurt the girl” in an interview.