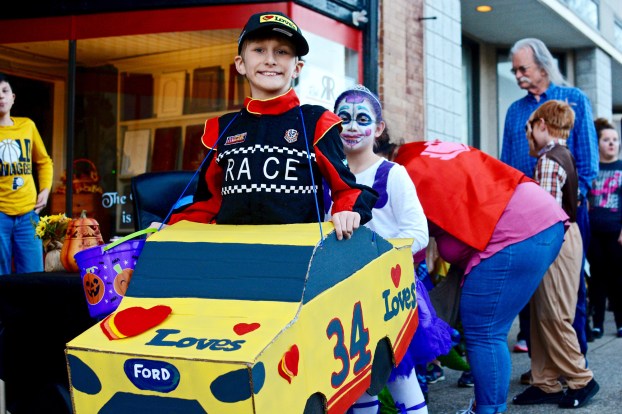 Trick-or-treating gets OK from city

There will be trick-or-treating on Oct. 31 in Winchester and Clark County.

Despite the continuing upheaval and health regulations from COVID-19 and the cancellation of most events, Halloween will continue this year.

It just won’t look the same, as little has this year.

The traditional Halloween MAIN-ia, where downtown businesses would hand out candy to hundreds of children, won’t happen. National health officials have discouraged trick-or-treating by going door-to-door, but plans are underway for a public event.

Monday morning, the Winchester Board of Commissioners voted unanimously to set door-to-door trick-or-treating hours from 5:30 p.m. to 8:30 p.m. Saturday, Oct. 31.

Commissioner Ramsey Flynn made the motion to extend it by an hour, from its traditional 6 to 8 p.m. slot, to allow families more time to travel between destinations.

The motion also authorized an idea being developed by the Winchester Design Studio and Winchester-Clark County Parks and Recreation to use a few parks around the county as locations for trick-or-treating.

Ryan Sandwick of the Winchester Design Studio said the plan will have two options at parks: a candy stop and a spooky spot. Volunteers would hand out candy, and the spooky spot would be a place for scary stories, showing off costumes, a haunted trail or something else, he said.

“What we’ve been thinking about is how to have them in specific neighborhoods,” Sandwick said.

Several of the details, such as spacing or registering people within current guidelines, are still being worked out, he said.

Their event will be from 1 to 4 p.m. Oct. 31, he said, because some of the parks do not have lights. The number of parks involved will be determined by the number of volunteers and sponsorship, he said.