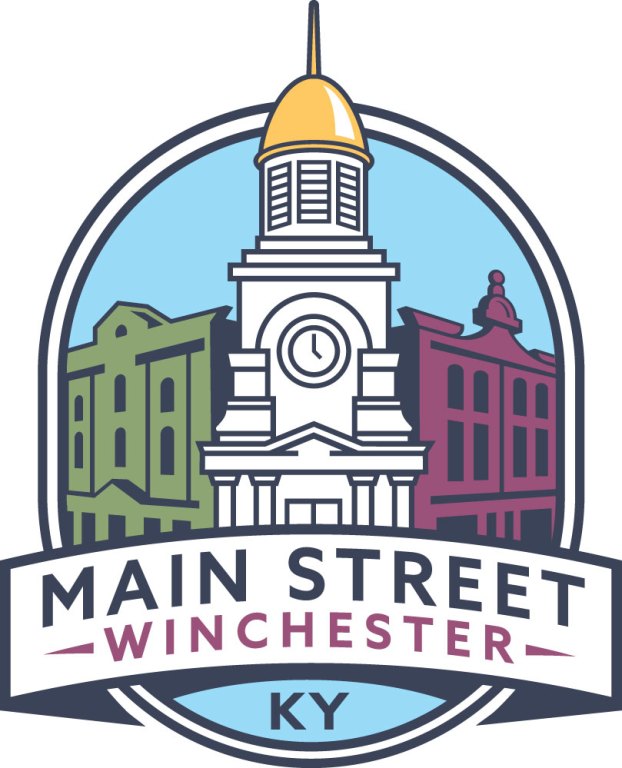 Those efforts include a new logo, new promotional materials and new merchandise that features the logo, including T-shirts that will soon be available at various downtown businesses.

The official relaunch coincides with two arts festivals and the opening of a parklette on North Main Street taking place this weekend in downtown Winchester and is the culmination of two years of work by a subcommittee of downtown stakeholders.

“Executive Director of MSW Rachel Alexander asked me to lead a committee to evaluate the overall image of MSW to ensure that the image presented mirrored the best of Main Street, matched the vision of the overall master plan and was reflective of the accomplishments of the organization,” committee member DeAnne Elmore said. “The first meeting was in August 2018, and the volunteers met monthly for almost two years until the project was ready to launch.”

Each of those descriptors would go on to be used in understanding the audience the committee was aiming to reach with their messaging, and that included those who already loved downtown Winchester and those who needed a better understanding of what was happening in that area of the community, with a mission to attract residents to the area and give them a reason to keep coming back.

The committee developed profiles for their target audience, going as far as giving them names, faces and backstories.

Using these tools, the committee worked with a graphic designer to develop a new logo that better reflects the mission and vision of Main Street Winchester.

“The group began evaluating the existing assets of downtown and what their vision of downtown was for the future,” Elmore said. “They discussed the target audiences (who they were hoping to attract and retain) and profiled behaviors to accurately find them. They defined downtown in adjectives that were meaningful and accurate to a diverse audience. And finally, they put all of that information together and directed the creation of a logo based on those adjectives that would be recognizable as Winchester.”

Once the logo was created, a presentation of the entire project was submitted to the MSW board for approval earlier this year. The board approved it unanimously.

Along with a new logo, the committee has been working to revamp MSW’s social media platforms, website and promotional materials.

The culmination of the committee’s work is more than a logo, Elmore said, it’s a marketing guidebook for downtown businesses and events.

“It adds cohesion to the overall look and feel of downtown, so that you know Main Street Winchester is worth the investment of time, money and relationships … that Main Street becomes the sum of its parts and not just one shop or one restaurant, one event or one professional office,” she said. “It’s a great place to live, work, shop and play. A rising tide lifts all boats. It overcomes old stereotypes that are no longer true.”

Rebecca Campomanes, another committee member and local graphic artist, has been working to facilitate the launch of the new branding materials, and hopes the efforts of the committee can help MSW reach a broader audience.

“Our hope is that people will see Main Street Winchester as an organization that does more than share Facebook posts and help put on downtown events. There is more to MSW than that,” she said.