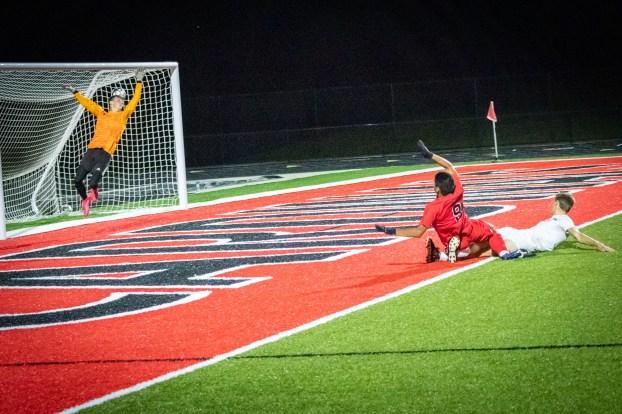 Brandon Beltran scores the only goal of a GRC-Montgomery County contest assisted by Nate Horseman. (Photo by Jon Paul Martin)

The GRC boys soccer team hosted rival Montgomery County at home for what was sure to be a hard-fought battle.

Neither team disappointed as the match remained scoreless through the first half.

Countless drives to the goal on both sides were consistently blocked by very capable goalies, building the tension between teams and fans alike.

When push came to shove, GRC came out on top with a score of 1-0.

The Cards are 9-2 in the regular season. They faced Harrison County at home Thursday to finish out season play.