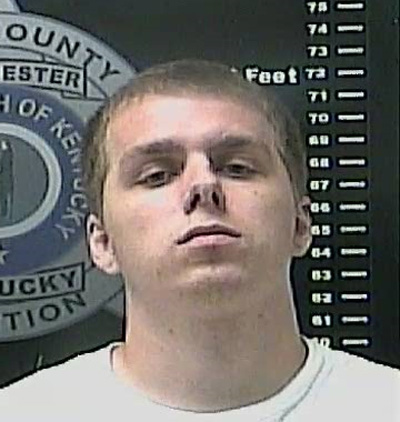 The triggerman in a 2019 shooting that left a man with multiple wounds was sentenced to five years in prison Thursday.

Chase Winings, 21, was sentenced after pleading guilty to assault under extreme emotional disturbance in September 2019 for shooting Dalton Rogers earlier that year.

Winings was originally charged with first-degree assault for the Jan. 8, 2019, incident in which he shot Rogers, who was sitting in his vehicle in a parking lot on Lexington Avenue.

Winings was arrested, along with Jacob Hornback and Heather Cunningham, after Rogers drove himself to the Winchester Police Department after being shot.

“This is a case where you were out on a $15,000 cash bond from Fayette County,” Logue said. “It’s very hard to overcome the facts of this case. A man was shot, and mercifully survived.”

The shooting followed an incident earlier that evening when Rogers reportedly entered Cunningham’s apartment and held a gun to her child’s head.

Hornback said he called Winings to come over from Lexington, and the three drove around Winchester looking for Rogers. They found him sitting in his car near the corner of Lexington Avenue and Arlington Road.

“I let my emotions take over,” Winings said in September 2019. “I rolled the window down … and opened fire.”

Montgomery and Hornback also pleaded guilty to assault under extreme emotional disturbance, and were sentenced to five years in prison each.

Stabbing suspect to have competency hearing

A woman charged with stabbing a man at a local emergency shelter will have a competency hearing to see if... read more