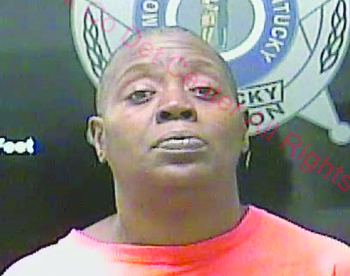 Stabbing suspect to have competency hearing

A woman charged with stabbing a man at a local emergency shelter will have a competency hearing to see if she can stand trial for assault.

Michelle Hunter, 40, was arrested nearly a year ago for first-degree assault for the incident at the Beacon of Home Emergency Shelter in Winchester.

According to court records, Hunter’s case was called Thursday in Clark Circuit Court. The case itself was continued until Nov. 19, while the court was to schedule a competency hearing for Hunter.

Hunter was arrested by Winchester Police after she allegedly attacked another resident at the shelter with a kitchen knife.

The victim told police he was sitting on the edge of his bed when Hunter approached and started stabbing him in his torso and back. He did not remember any previous incidents with Hunter, and witnesses could not help police either.

The victim’s injuries were not believed to be life-threatening, but he was transported directly to the University of Kentucky Medical Center for treatment. Police said the majority of the wounds were to the victim’s torso and back. Prosecutors later said the victim had a skull fracture as well.

Hunter is being held on a $50,000 cash bond in the Clark County Detention Center.

PHOTO: Frightful fun for a good cause