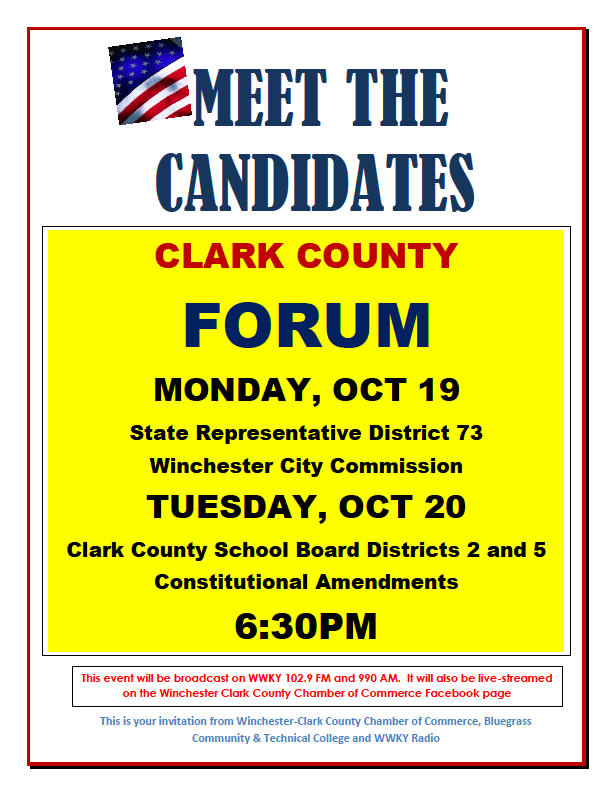 This year’s candidate forums are going virtual with two nights of questions and answers beginning Monday.

The forums, sponsored by the Winchester-Clark County Chamber of Commerce, Bluegrass Community and Technical College and WWKY, will feature candidates for Winchester Board of Commissioners, the two open seats for the Clark County Board of Education, Clark County’s state representative seat and the two constitutional amendments.

Traditionally, the forums have been at the Clark County Extension Office and questions were submitted by the audience.

This year, the questions will be asked by BCTC Campus Director Bruce Manley, she said.

The forum will be broadcast on WWKY radio and on the Chamber’s Facebook page.

So far, all of the candidates have said they will attend and participate via Zoom, Banks said.

The two constitutional amendments on the ballot relate to Marsy’s Law, which would specify rights for crime victims, and extending the terms for commonwealth’s attorneys from six to eight years.

Banks said she is still looking for someone with a legal background to explain the two amendments for the forum.