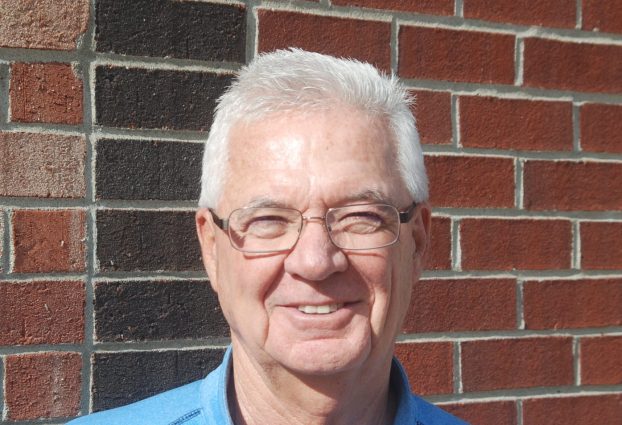 Whit Criswell is pastor of Cornerstone Christian Church. He can be reached at getfiredupwhit@gmail.com or 859-621-9012.

CRISWELL: We should strive for oneness

Oh, you shouldn’t be talking about politics in the church. I know all the arguments. But if what Jesus says intersects with something in our culture or nation, I have to talk about it.

And what are you afraid of? Loss. Loss of control, loss of the future of our children, loss of opportunity to vote, loss of guns.

We are living in a time where we are paralyzed by fear.

But can we disagree politically and love unconditionally?

Jesus saw division coming. He prays a prayer only hours before being arrested and crucified recorded in John 17:

Verse 11: “I will remain in the world no longer but they are still in the world and I am coming to you.”
And here is Jesus’ request to the father at the very end: “Holy Father, protect them by the power of your name, the name you gave me, so that… (He already told them you will be arrested, flogged, beaten, in prison, killed, so He’s not praying for their physical protection. It’s something more important) That they be one as we are one.”

Jesus was most concerned about their unity.

He knew as long as they were unified with their Heavenly Father, the world would change. Division is horrible.

He prays for you and me.

Jesus was convinced, as impossible as it may sound, it was mission critical, imperative.

It means we should be intentional in keeping unity in our churches because that is what Jesus prayed for. It doesn’t come naturally because we all are raised differently, but Jesus said my church is going to be so diverse and have so many different languages and colors and cultures, is there any way they can remain one?

Then he continues praying, “Father, just as you are in me and I am in you, may they also be in us so that (another purpose) the world may believe that you have sent me.”

This way, the world will sit up and take notice if this diverse thing — the church — gets this right, works together in unity even though we disagree and agree to disagree, even though we were raised differently, even though we will never agree politically, there’s this beautiful unity. This will get the attention of the world.

John 17:22-23 says, “I have given them the glory that you gave me, that they may be one as we are — I in them and you in me — so that they be brought to complete unity.” Not political unity, but that they would see every person the way he sees them, made in the image of God who he died for.

“Then the world would know that you sent me and have loved them even as you have loved me,” John 17:23.

Jesus says I am going away, and he’s praying, Father I know everything rides on this unity and love.

Your political candidate will win or lose on how Americans vote. But the church wins or loses — and in some ways our community and nation wins or loses — based on how we love each other and the world.

We must not let anything or anyone divide us.

I have two suggestions:

Jesus said, “I am going to build my church and the gates of Hades will not overcome it,” Matthew 16:18, and he’s invited everyone to be a part of this movement.

Our oneness is the key to fueling the church in our generation. So disagree politically, love unconditionally and pray for oneness.

Can we be one?

TRIMBLE: Honoring a legacy of righting injustices, giving voice to the voiceless

The Episcopal Church, the American manifestation of the Church of England, is part of the global Anglican Communion. The Anglican... read more