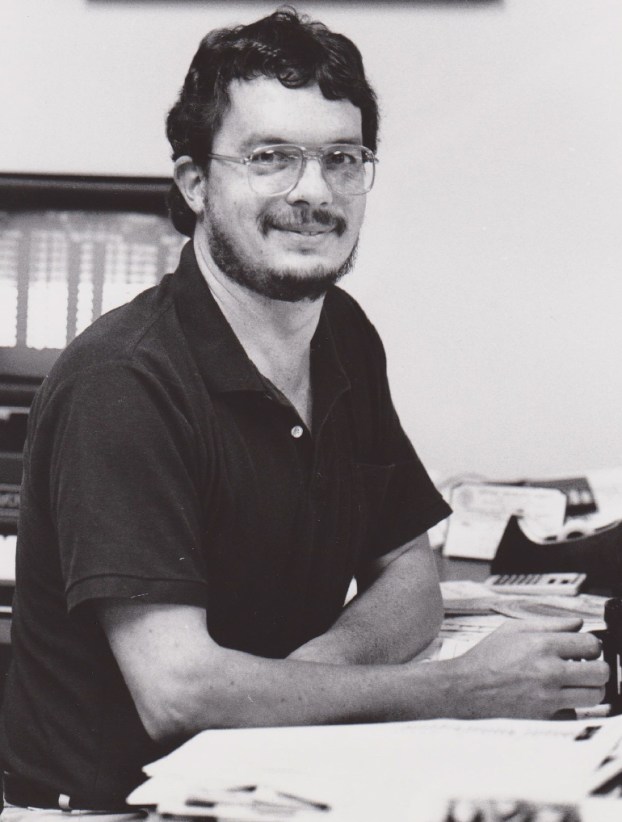 Friends and readers of Jeff Kerr are remembering him this week as a talented community journalist with a winning personality.

Kerr, husband of Jeanann Hardin Kerr, died Monday at his home. He was 69.

The Cynthiana native was a longtime reporter and sports editor for The Winchester Sun who also worked for other papers, including the Cynthiana Democrat and The Kentucky Post. He was part of the team that was nominated for a Pulitzer Prize for The Kentucky Post’s coverage of the Beverly Hills Supper Club Fire in 1977, the year Kerr came to work for the daily in Winchester.

“He did it all, and he was good at everything he did,” Mann said.

“He could knock out a story in about 30 minutes,” he said, yet he never got in a hurry. He was always calm.

“I never once saw him get flustered, no matter what happened,” Mann said. “He just handled it, and the next thing you knew, it was done in no time, and it was good.”

Mann said the late Sun editor Bill Blakeman hired Kerr to work on the newspaper’s 1978 centennial edition. It was a huge project, and Kerr did almost all of the research and writing. That led to a job as a reporter, and later he became sports editor.

“Jeff was a great storyteller,” Mann said, and not only as a writer. Almost every day he had a story for the other staffers, and most of them were unprintable, he joked. One he told was about when he was 5 years old and would go to play with the children at a nearby Catholic school. One day a nun caught him leaving after recess. His mother told the sister he was too young to be in school, but if they wanted him, they could keep him, so they did. Mann said he didn’t know whether the story was true or not.

Mann also said he recalled a funny moment when Kerr, annoyed by the photographer’s habit of writing long captions for his photos, looked at him and said: “Just because a picture’s worth a thousand words doesn’t mean you have to write every word.”

Kerr was the sports editor at The Sun when the George Rogers Clark High School football team won the state title in its division in 1991.

The day before the big game against Louisville’s St. Xavier, Kerr published a classic column, “121 reasons why Cards will win the state.” Among those “reasons” were names — including those of Coach Don Danko’s and his players.

“I think the story made everyone a believer before the game was ever played,” Mann said.

Coach Guy Strong, who was principal of GRC at the time of the state championship, kept in touch with Kerr and Jeanann, a former public librarian in Clark County, right up until the end.

“We had a special relationship,” Strong said. “He was just an outstanding sports editor.”

“He was easy to work with, and he was remarkable,” and he always had the best interests of the players at heart, he said.

“Jeff and I were real close,” Strong said. “We talked a couple of times a month through all this,” he said, referencing some strokes that affected Kerr’s ability to say what he wanted.

“Jeff was the best,” Pace said. “The morning after a game,” he could give Kerr the players’ scores and a few quotes, and when you read Kerr’s story, “you would swear he was at the game,” he said.

Betty Berryman, publisher of The Sun when Kerr worked there, remembered him as a dependable employee and a good journalist.

“He was always willing to help,” she said.

She said she could never remember a time when Kerr refused to do anything he was asked.

“He was a good guy,” Berryman said. “Everybody liked Jeff. And in the newspaper business, not  everybody likes you,” she added with a laugh.

According to his obituary, Kerr was born Nov. 27, 1950 in Cynthiana, son of Dr. Donald F. and Catherine Connor Kerr. He was a 1967 graduate of Harrison County High School and attended the University of Kentucky. He was an honorary Kentucky Colonel and a member of St. Edward Catholic Church in Cynthiana.

Survivors include his wife, Jeanann; his sister, Connie Herren, and her husband, Tom, of Lexington; two brothers, Mike Kerr of Lexington and Joe Kerr of Florida; his parrot, Cool Beans, and his dog, Gracie. He was preceded in death by his niece, Amy Kerr Herrington.

A private inurnment will be at St. Edward Catholic Cemetery.

The new fiscal year started in July with a hiring freeze for the City of Winchester as part of an... read more