McCANN: Year of the Woman, Warhol and more 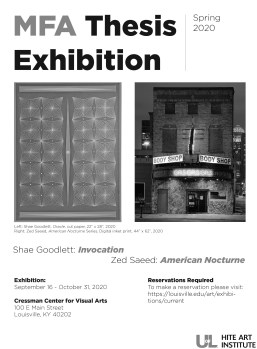 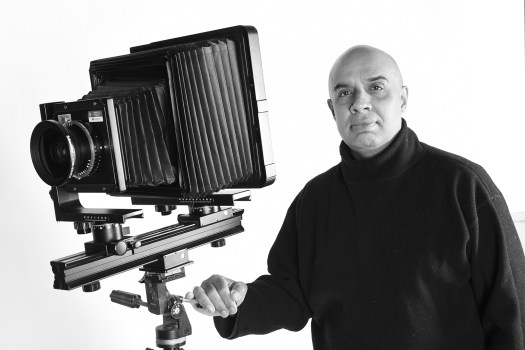 It’s fall — a beautiful time of year in Kentucky — so get your travelling shoes on and enjoy the changing fall colors as you visit some art installations.

In Berea, at the Kentucky Artisan Center just off I-75 at exit 77, is an exhibit that celebrates the Year of the Woman. Kentucky artists celebrate the “inspiration and influence” of women.

From Italian Baroque painter Artemesia Gentileschi (1593 to c.1656) to Challenger astronaut Judith Resnick (1949-87) women of accomplishment are the focus of this interesting showcase that runs through Dec. 31. Admission is free; open daily between 9 a.m. and 6 p.m.

Pop art artist and filmmaker Andy Warhol (1928-87) is probably best known for his screen prints of soup cans and Marilyn Monroe but he also took iconic masterpieces such as the Mona Lisa and the Last Supper and gave them his own unique spin.

The Speed Art Museum, 2035 S. 3rd St. in Louisville, through Nov. 29 is hosting a special exhibit of the works of pop artist Andy Warhol. Simply called “Revelation,” the 150 items on display from the Andy Warhol Museum’s permanent collection constitute “the first exhibition to comprehensively examine the Pop artist’s complex Catholic faith in relation to his artistic production.”

The Speed’s website points out that the exhibit ranges “from iconic portraits of celebrities to appropriated Renaissance masterpieces” as “Warhol flirted with styles and symbolism from Eastern and Western Catholic art history, carefully reframing them within the context of Pop. Through this process, the artist elevated kitsch and mundane images from mass media, and transformed them into sacred high art.”

During this pandemic it is suggested that visitors call 502- 634-2700 in advance to make certain that the museum and exhibit are open.

MFA Exhibits at University of Louisville

To view the exhibits you must make an advance reservation.

However, the “inconvenience” of a reservation means that you may be able to view the exhibit in the company of one or both of the artists. To make a reservation go to http://louisville.edu/exhibitions/current.

Goodlett’s exhibit titled “Innovation,” features “a series of meditative line drawings that conjure an intangible presence by exercising the illusory characteristics of light and color interaction. Through a meditative and labor-intensive process, Goodlett attempts perfection, knowing that it cannot be reached. The images’ interactions conjure phantom colors and optical effects which are not physically present, but nonetheless real and communally experienced. In this way, Goodlett’s work addresses issues of ritual, divinity, and perception.”

Saeed, this columnist’s brother-in-law, is a photographer who specializes in large format photography using a camera nearly as tall as he.

According to Saeed, “American Nocturne  takes its cue from the legacy of American straight photography. It looks at the America of the here and now; locally, and in the present moment. Artists such as Edward Hopper — another modernist with a focus on America, and George Ault have captured the particular loneliness of the nocturnal American urban life. American Nocturne uses large-format film cameras — a standard tool of the American straight photographers, and extends this heritage to the current moment.

“Large format,” Saeed said, “despite its clarity and fidelity has an innate shallow depth of field, which softens the background in a photograph. In an attempt to mitigate this quality the final images for American Nocturne are the result of a composite of multiple photographs taken across various focal planes. The goal is not to draw attention to the technique but to extend the ability of the large-format medium to create images of unusual clarity and fidelity, all in an effort to render the made world in a new and enhanced manner.”

Make time to drive to Louisville and have one of these talented artists show you around. Neither is as famous — yet — as Andy Warhol, but you never know.

Actors Theatre of Louisville, through Nov. 1 is streaming an updated version of the radio play Dracula. Tickets for this radio play first adapted by Orson Welles and John Houseman have been updated by Hannah Rae Montgomery and Jenni Page-White.

The Louisville Orchestra is hosting its second Brown Foreman virtual concert of the season this Saturday at 7:30 p.m. Featuring works by Stravinsky, the concert is being streamed on the orchestra’s new video channel. Tickets and more information are available at https://louisvilleorchestra.org/notice-to-2020-2021-subscribers.

Last, but not least, the Leeds’ zine, CiQ, is available online at the cost of $1 for today’s issue: https://issuu.com/leedscenterforthearts.