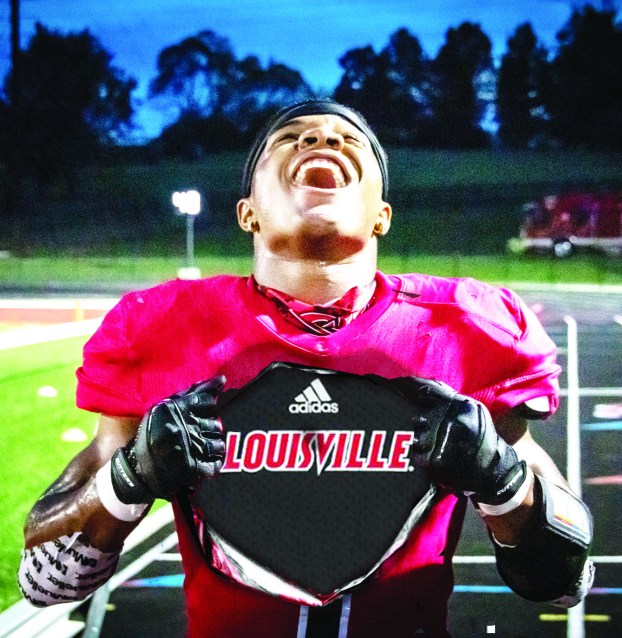 Keeping with the Cardinals: Azariah Israel commits to U of L

Azariah Israel will still be a Cardinal as he continues his athletic and academic career after graduation.

Another reason for celebration during the George Rogers Clark High School football team’s victory Friday night was Israel’s recent committal to play for the University of Louisville Cardinals after he finishes this senior year with the Clark County team.

Israel has been an asset to the GRC team over the last five years, and said he always had a feeling he might end up flying over the other side of the Cardinal.

The football standout is as good with words as he is a football.

“God doesn’t give you all the details of your destiny,” he said. “He only asks that you take the next step and trust him.”