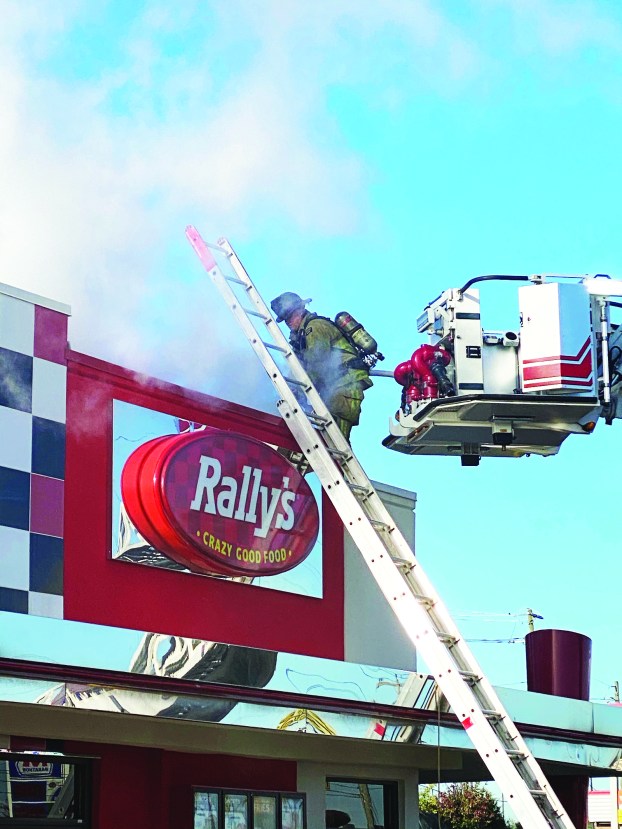 Winchester Fire-EMS Battalion Chief Chris Whiteley said firefighters from the city and county departments spent about 90 minutes on the scene on West Lexington Avenue, after it was reported at 8:40 a.m.

No one was injured, he said.

The fire appears to have started around the fryer and associated ventilation system in the kitchen, he said.

“They had some employees there that were opening,” he said. They used a fire extinguisher to try and handle the fire themselves, he said. When it didn’t, they called the fire department.

Whiteley said there was light smoke showing when the first fire trucks arrived. After firefighters went inside and started removing ceiling tiles, they found the fire in the attic, he said. Firefighters fought the fire from inside, as well as from the roof using the city’s ladder truck. Whiteley said they cut a ventilation hole in the roof to let the smoke escape as well.

Clark County firefighters also responded when a second alarm was sounded for the fire.

Electrical and gas service was also cut off to the restaurant following the fire. Those can be reinstated following an inspection, he said.

There was also damage to the structure from heat, smoke and water, he said.

A man charged with shooting two people in July on Oliver Street has been indicted for assault and other charges.... read more