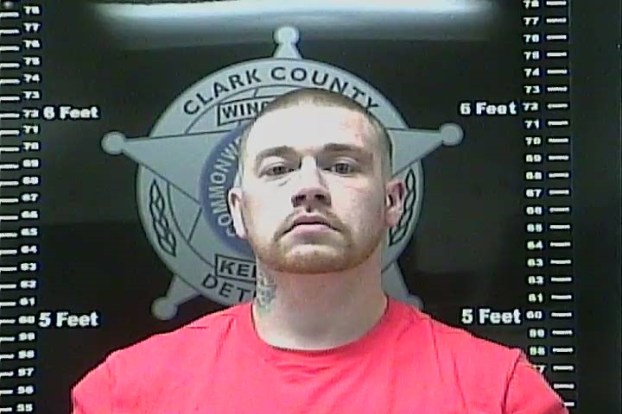 A Winchester man was jailed this weekend after dragging an officer with his car and damaging another police cruiser while trying to flee.

Clarence Reynolds, 27, of Maple Street, Winchester, was arrested early Saturday morning on Mutual Avenue after his car got stuck in a backyard.

According to court documents, officers spotted Reynolds sitting in a vehicle on Mutual Avenue at 4:42 a.m. Saturday. Officers attempted to arrest Reynolds on a warrant for first-degree fleeing or evading police, reckless driving and driving on a suspended operator’s license, but he refused to show officers his hands.

In the arrest citation, officers said they broke the window on the vehicle and ordered him to show his hands.

Reynolds, though, reportedly tossed a bag out of the window, said, “Here’s the dope” and put the car in reverse. In doing so, it dragged Winchester Police Sgt. Caleb Goodrich for about 20 feet before ramming a Clark County Sheriff’s cruiser.

Reynolds then put the car in drive and accelerated toward three officers, before driving through several backyards and fences before getting stuck on a fence and a chair.

A CCSO deputy removed Reynolds from the vehicle, but he would not respond to officer’s commands. Eventually, officers used a Taser to make the arrest.

After searching the vehicle, officers found a stolen handgun in a bag along with $2,995 in cash.

They also served a warrant for Reynolds from an Oct. 1 pursuit which went from downtown Winchester into Powell County. The car was recovered and Reynolds’ identification was found in the door.