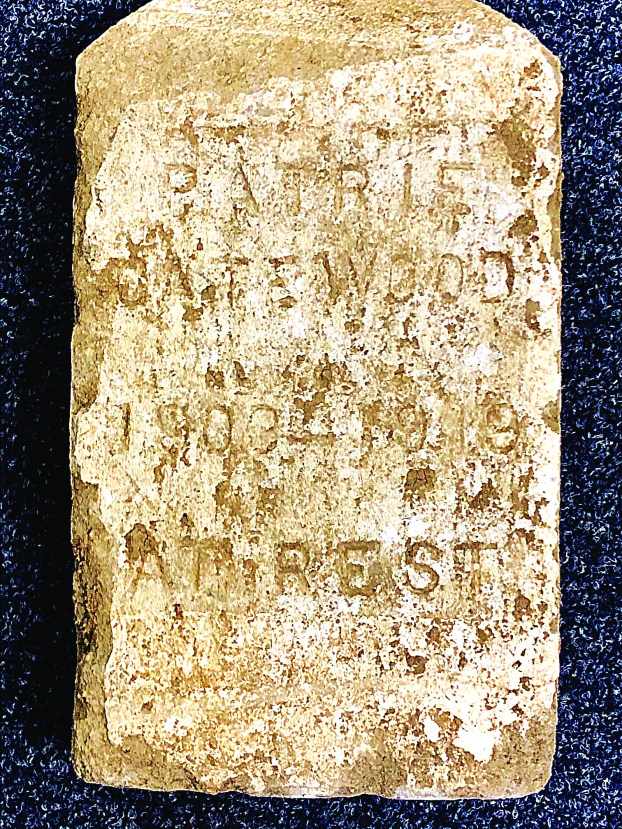 A headstone located on a property in Winchester reads “Patrie Gatewood 1903-1919 At Rest." The Winchester Police Department is looking for information about where the headstone belongs, and believe it is from a gravesite in Powell County. (Photo submitted)

Police believe they are close to confirming a headstone found in Clark County belongs in Powell County.

Last week, a Winchester resident contacted police about a headstone that  had been on his property for years, but he didn’t know where it came from or how long it had been there.

After a social media post late last week, Hall said the department has received several responses that confirmed their belief the stone is from Powell County.

“We already believed it originated in Powell County based on some records from the early 1900s,” Hall said. “We’re 99 percent close on the name and dates of death.”

The post said the name and dates were not a match in available cemetery records.

“Hopefully we can find where it goes,” he said.

Hall said the police department has the headstone, and there is no criminal investigation.

With nearly four dozen new cases of the coronavirus reported over the last week, Clark County remains in the state... read more