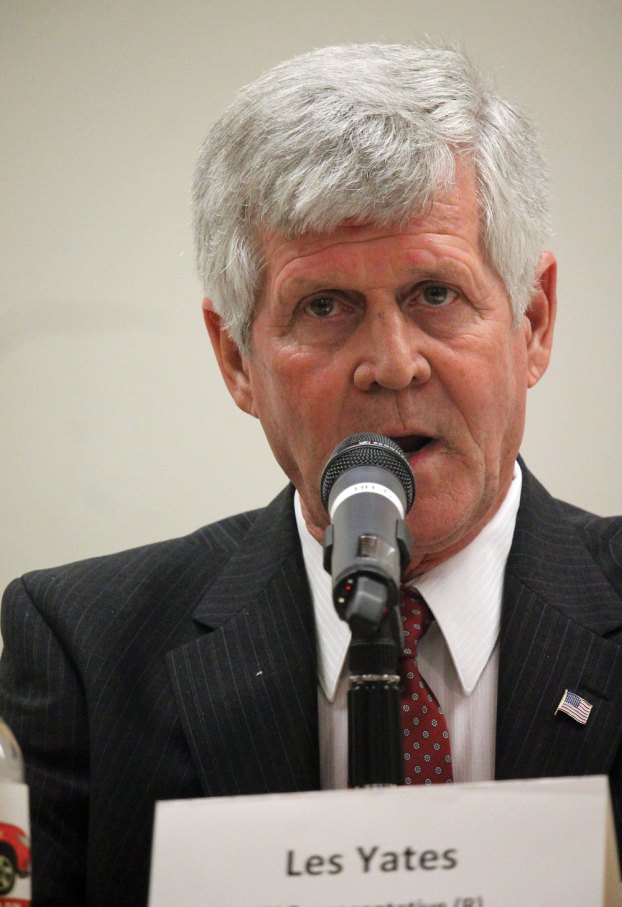 State Rep. Les Yates of Winchester, who lost Clark County in the Republican primary by only two votes, not only encouraged Jada Brady to run as a write-in candidate for his seat against the Republican nominee, Ryan Dotson, but also provided more than a third of the money for her campaign.

Still, Dotson won the general election for the 73rd District House seat, garnering more votes than Brady and the Democratic candidate, Kenneth Blair, combined. He had narrowly won the Republican primary in June, by 128 votes including those from Madison County.

According to the campaign finance report filed with the Kentucky Registry of Election Finance 60 days before the Nov. 3 general election, Yates and his wife, Katrina, each gave $2,000 to Brady’s campaign between August and September — all but $350 of the money she raised during that period. For the entire campaign, the $4,000 amounted to 38 percent of Brady’s total of $10,358.10.

When asked Wednesday why he and his wife contributed that amount when write-in candidates seldom win, Yates said he felt an obligation to send “the best candidate I could come up with” to Frankfort, and “it wasn’t Dotson.”

Dotson is originally from Pike County.

Last year, Yates succeeded longtime Republican incumbent Rep. Donna Mayfield of Winchester, who had quit the 2018 primary, telling The Sun that politics had become “too vicious,” and that that year’s session of the legislature had been the “darkest, nastiest” session other members could recall.

Mayfield  then supported Yates in the November 2018 election, which he won, running against Democrat Pat Banks of Madison County.

Dotson raised $12,656.95 for the general, which included more than $2,000 left over from his primary race, in which he raised $24,100. The reports don’t say how much Dotson spent in the general election, and he explained that was because he hasn’t yet paid some of the bills.

Board refuses to keep schools virtual until after Christmas

During a week when coronavirus infections reached their highest level ever in Kentucky and hundreds of children in the state... read more