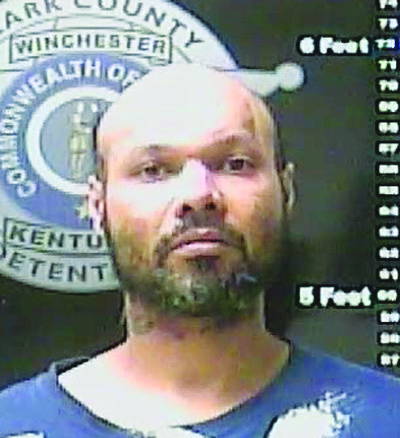 According to the warrant, deputies were called to Fast Mart on Revilo Road on Oct. 25 after a person stole cash from the register.

Employees said a person, later identified as Brown, entered the store and purchased $10 worth of gasoline with a debit card for a Chrysler sedan parked at the pump.

After pumping the gasoline, Brown and another unidentified person returned to the store. While the second person was purchasing food, Brown approached the employee as the cash register opened. Brown allegedly moved his jacket to his hip to imply he had a firearm, and told the employee not to move or he would kill him. Brown then reportedly grabbed cash from the register while the other person acted as a lookout. They then left in the Chrysler sedan.

Detectives said the debit card information indicated it was issued to Brown, and Mount Sterling Police detectives located the sedan, which was registered to Brown as well.

Brown is being held on a $25,000 cash bond in the Clark County Detention Center.