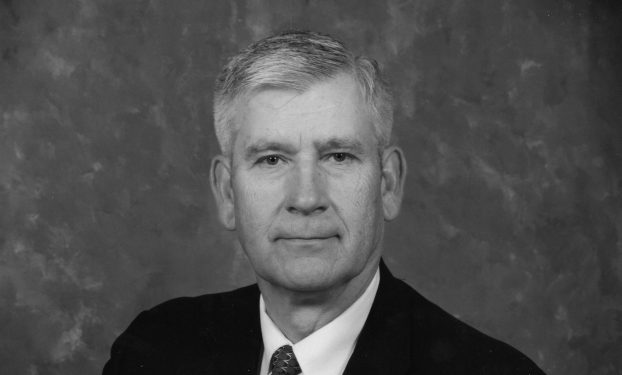 Paul D. Smith, 81, beloved husband, father and believer in Christ, passed away Nov. 23 next to his wife Jane, his devoted wife and companion of 60 years and mother of their precious daughter, Renee Risner of Clark County.

Throughout most of their married life, he and Jane enjoyed simple things like working with horses and cattle, being outdoors, attending church and caring for their beautiful hillside farm in the Pilot View community.

He was born in Perry County, Kentucky, to the late George and Alma Edwards Smith. He was the youngest of their 10 children.

After graduating from Georgetown, he worked 40 years for East Kentucky Power Cooperative at Dale Station with a hard-working team that brought light, power and a better way of life to thousands of rural Kentucky families.

He was a member and believer in the Primitive Baptist faith for 50 plus years. He often said that nothing that any man has done could ever compare with what Jesus Christ did by dying a cruel death nailed to a cross to give his children the gift of salvation. Paul believed in the absolute sovereignty of God, saying the he is — and always will be — in control. Everything happens according to his eternal decrees established when he laid the foundations of the world.

In addition to being a devoted father, Paul deeply loved Jane and their granddaughters, Dr. Elizabeth Durham (Donovan) of London and Laura Reed (Dillon) of Williamsburg.

He is survived by his brother Charles E. Smith (Lucille) of Irvine and cousin Steve Curtis of Winchester.

Family would like to extend a heartfelt thank you to his caregivers, Connie Curtis and Rachel Gross.

Visitation will be at the Scobee Funeral Home, 219 West Lexington Ave., Winchester, Ky., starting at noon on Nov. 27 and the service will begin at 1 p.m., followed by burial at Winchester Cemetery. Masks will be required, and we ask that attendees practice social distancing by maintaining six feet separation – no more than 25 people permitted, per government guidelines.

Presiding will be Brother Ben Cordes.