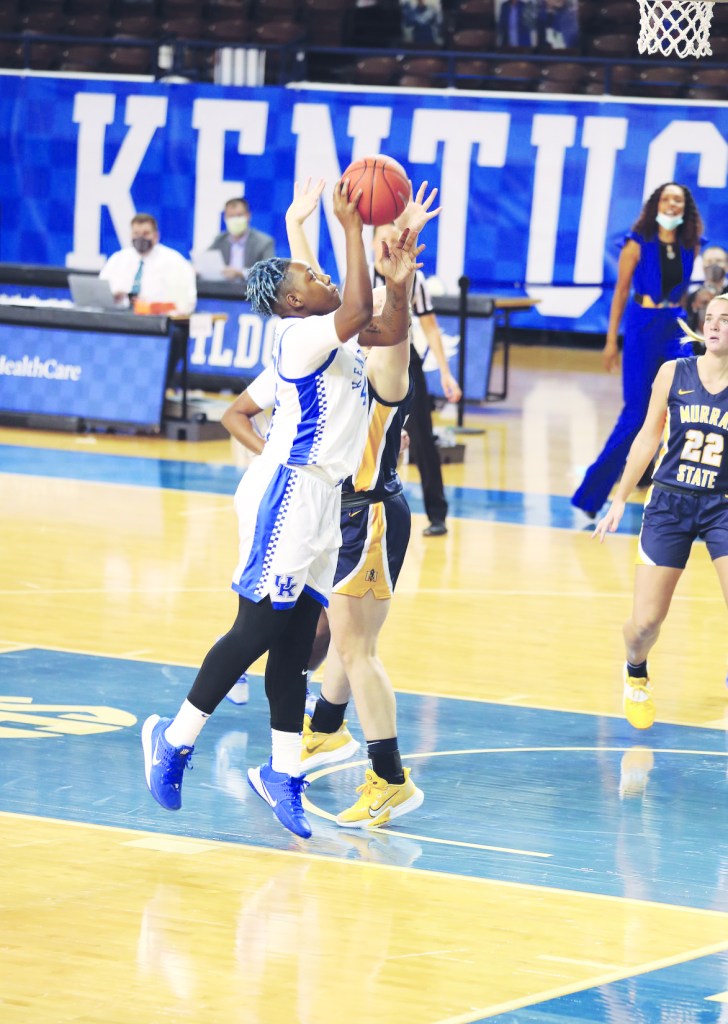 Sophomore Dre’una Edwards credits her older brothers for making her the basketball player she is today. (Vicky Graff Photo)

Sophomore Dre’una Edwards scored a career-high 27 points with a career-tying 15 rebounds in a 70-50 win over Belmont — the first UK player with at least 27 points and 15 rebounds since Evelyn Akhator in 2017. She followed that with 16 points, 12 rebounds, four steals, two assists and one block in a win at Kansas State and then had 14 points and 10 rebounds in a comeback win over No. 13 Indiana.

Edwards was the Pac-12 freshman of the year before transferring to UK and sitting out last year while she rehabbed an injury.

Edwards credits her family with putting the intensity into her that she shows on the court.

“I was always taught to be a dawg regardless. I grew up with a lot of siblings (nine). I have three older brothers. I’ve always played basketball with them, so they always told me to go hard all the time, and I think that is just my mentality,” she said.

That early family competition enables her to play with skills and transition speed that not many 6-3 players have.

“I have older brothers who always push me regardless, so I was always playing basketball with boys when I was younger. If I grabbed a board, they were always telling me to go and don’t stop until someone stops you,” Edwards said. “So I just have that mentality all the time.”

She can also be a physical player in the paint who can power her way to the basket.

“I feel like that is just a part of basketball. You have to be physical regardless, so I love being physical. It’s just part of my game,” the UK sophomore said. “It’s just something that I’ve grown up loving to do my whole life.”

What she always has not done is hit shots from outside, especially 3-point range. She insists she can now.