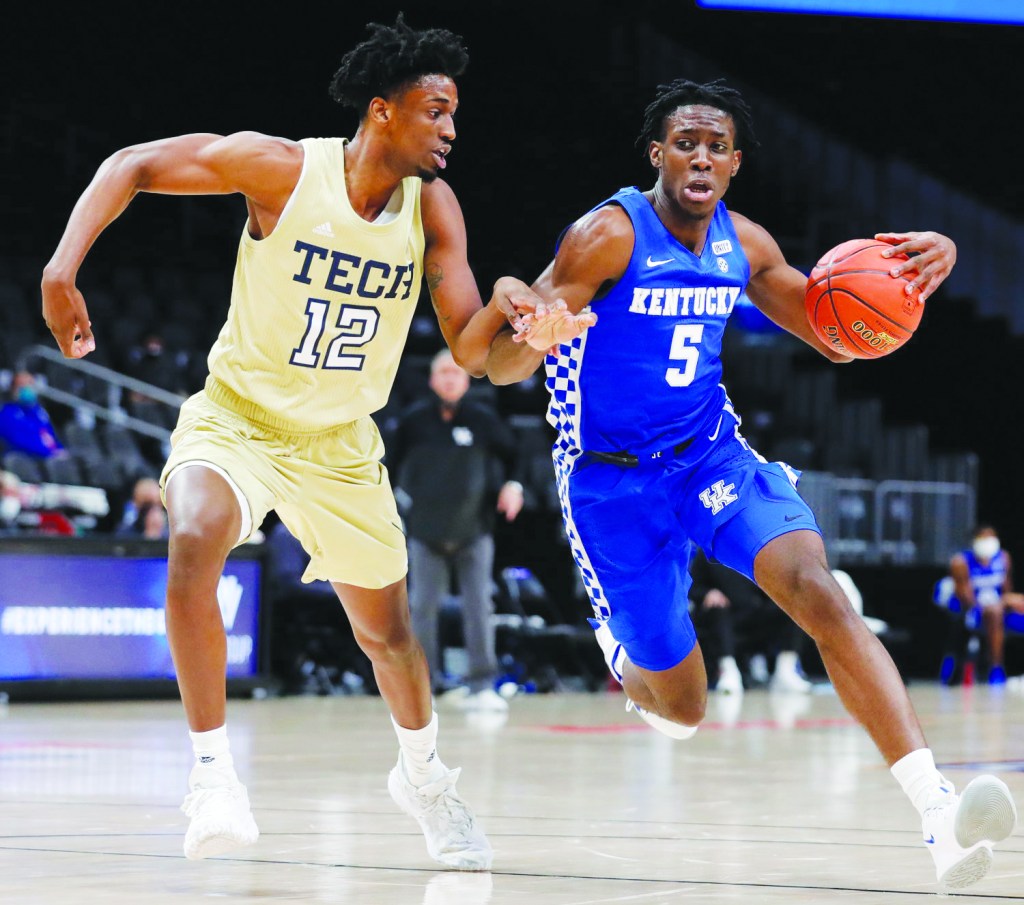 The rare early-season losses are starting to pile up on Kentucky.

The Wildcats dropped their third consecutive setback with a 79-62 loss to winless Georgia Tech Sunday at State Farm Arena in Atlanta. Kentucky’s 1-3 start is the worst in John Calipari’s 12 seasons as coach of the Wildcats, a defeat that will drop Kentucky out of the Associated Press Top-25 poll when the rankings are released Monday.

Kentucky opened the season ranked No. 10, but fell to 20th after a loss to Richmond in the Bluegrass Showcase. Calipari said losing three games on four attempts has made the learning curve more complicated with a revamped squad.

“If we play bad or do stuff and then win a game, there’s some like, ‘OK. We can do this” but we don’t have any wins,” Calipari said. “We’re going to have to fight, not turn it over, play aggressively, make really easy plays, be more physical. I mean everybody is knocking us around right now. … I’ve been through this kind of stuff and I just haven’t done it in this environment.”

As evidenced during the three-game losing streak, Kentucky committed 20 turnovers, which led to easy points in transition for the Yellowjackets. Georgia Tech scored 33 points off Kentucky’s miscues and tallied 36 points in the paint.

“If you turn the ball over 20 times and the other team scores 30 points, you’re not beating anybody,” Calipari said. “(We try to make the) hardest play, fumble balls, (we) got out-toughed again. It is what it is. I’ve got so much work to do.”

Calipari isn’t “cracking” and added that he’s got to hold the team accountable, especially in the turnover department moving forward.”

“We have guys trying to make the hardest play they can make,” he said. “Why would you just not throw to that man? ‘Because I’m trying to show I can play.’ … just make easy plays and attack.”

The team’s 77 turnovers through the opening four games also is a first for Calipari’s teams at Kentucky.

Most of Kentucky’s turnovers were committed by the newcomers, with starting guards Devin Askew, BJ Boston, Terrence Clarke combining for nine miscues.

Veteran guard Davion Mintz said the turnovers were because the Wildcats “kinda panicked during the game (and) simply gave it to the other team.”

“We were not being careful with the ball,” said Mintz, who had six assists compared to just two turnovers. “We have to come together as a team and understand the importance of taking care of the ball. … it’s a huge problem for us right now and it’s something that we can change.”

The lone bright spot for Kentucky was Clarke, who led the Wildcats with 22 points, followed by Boston with 11. Clarke and Boston combined and made six of Kentucky’s eight shots from long range.

“I thought Terrence (Clarke) did some good stuff,” Calipari said.

Calipari said the loss will also be a learning experience going into Saturday’s contest against Notre Dame.

“We’re learning,” Calipari said. “Now, we have to start winning some games. I hope we can. But my job is to make sure that we’re getting better, to put us in that position to win and help them at the end win games.”