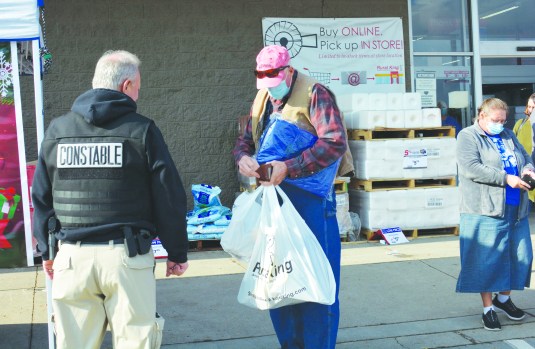 District 4 Constable David Puckett accepts a donation from a shopper outside Rural King Saturday for the second annual toy drive of the Clark County Constables Association and the County Attorney Office. (Photo by Randy Patrick) 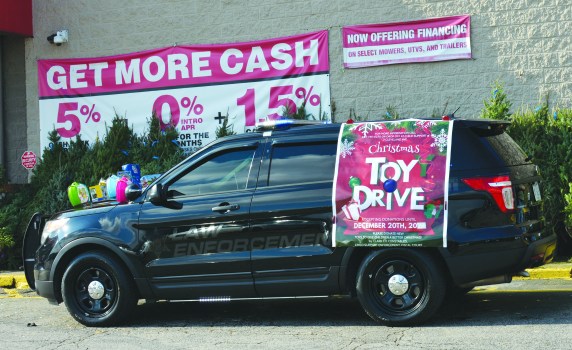 A constables' car is covered with Christmas presents and signs for the second annual toy drive. (Photo by Randy Patrick) 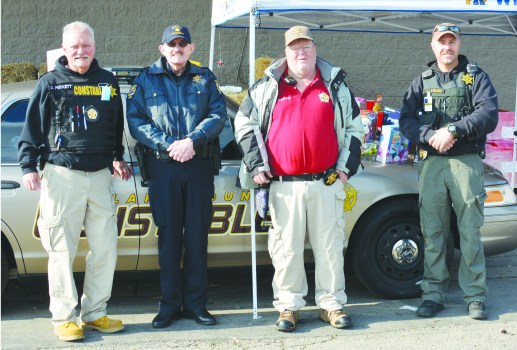 For the second year, Clark County’s constables are collecting toys for children in need.

On Saturday, four of them, representing the Constables Association, and a representative of the County Attorney Office’s Child Support Division were at Rural King accepting gifts of toys and cash to buy more.

Constables Doug Woodall, Lynn Toler, David Puckett and Jerry Edwards were joined by Erica Toy Harvey. It was their second Saturday at Rural King, and they plan to distribute the toys Dec. 21 at a location to be determined. When they know, they said, they will inform The Sun and WWKY.

Last year they were able to give 253 kids three or four Christmas presents each, and they said this year they hope to help 300 or more.

“We’re just trying to keep as much normalcy as we can for these kids” during a stressful season because of COVID, Toler said. Some of them have had the virus. Some are special needs kids.

To receive the gifts, the children have to be present, and they must be residents of Clark County.

The constables said Rural King has been generous, and the group is expecting a big toy donation Tuesday from Lady Veterans Connect, which runs the shelter for homeless female military veterans in Trapp.