Santa Chase and Chat is Saturday 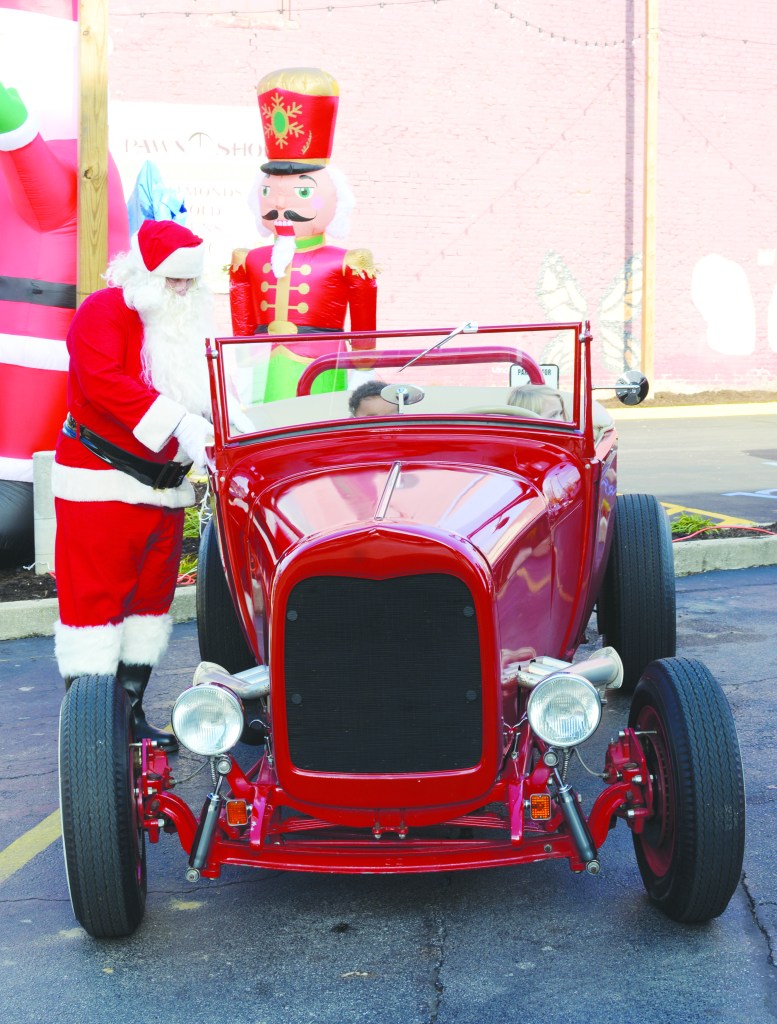 Santa will make his way around Winchester Saturday from 2 to 5 p.m. in his red convertible. To catch a glimpse of the jolly old elf, families can track him by visiting the Main Street Winchester Facebook page at https://www.facebook.com/MainStreetWinchesterKY.

You’d better watch out, ‘cause Santa Claus is coming to town!

He’ll be in Winchester this Saturday, tooling around in a bright red vintage convertible.

The jolly old elf will have a GPS device in his car so that children and their parents will be able to track or “chase” him between the hours of 2 and 5 p.m.

That’s the chase part of the Santa Chase and Chat. It will be followed by a Facebook Live chat on Main Street Winchester’s page, https://www.facebook.com/MainStreetWinchesterKY, that will start at 6 p.m. and last “until it’s done,” according to Rachael Boyd, executive director of Main Street Winchester.

Boyd said the idea grew out of last Saturday’s Jingle & Mingle event, where a Main Street board member’s children got to see Santa, and the mom mentioned that it might be the only time this year they would get to see him because of that Grinch of a virus that has curtailed holiday activities this year.

So Boyd and two other Main Street members, Chad Walker and Rebecca Campomanes, thought about how they could make Santa a little more accessible and came up with the Chase and Chat.

Walker had already planned to organize a “Santa chase,” so they decided they would do that and follow it with the online chat via Facebook Live.

Boyd said MSW will send out a link on its Facebook page so parents can click on it and then follow Santa around by way of the GPS.

“He’s going to drive all around Winchester because he’ll have three hours,” she said.

Then starting at 6 p.m. someone will introduce Santa on Facebook, and he will read “A Visit from St. Nicholas,” and some of the letters kids dropped off at the big mailbox near the Christmas tree in front of the courthouse, and maybe answer some questions from the Facebook Live chat.

“We just want to encourage the kids to keep up hope and be kind to each other,” she said.

Boyd said MSW will be promoting the Santa Chase and Chat all this week.