AT THE LIBRARY: Write Local writers have a good year 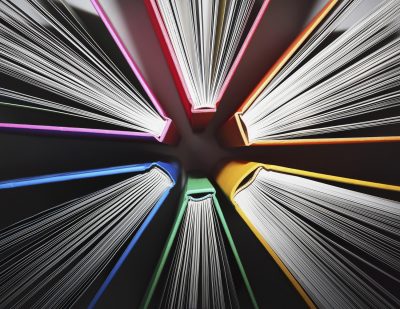 It’s been a good year for the members of the library’s writing workshop, Write Local.

This week I want to congratulate them and let library patrons know about their success.

Write Local meets every Friday morning at 10 a.m., on Zoom these days. We have a good time.

Zoom meetings are supposed to be wretched but Write Local is a pleasure because we truly enjoy each other’s company, we have a lot to talk about and we have sincere interests in each other’s writing.

Writing workshops can get egotistical and brutal; that doesn’t happen at Write Local.

Now there are only four members who participate consistently: Marie Parsons, William McCann, Jeanine Grant Lister and me. Visiting members Chuck Witt, James Gardner and Julie Maruskin join whenever they can.

Parsons is a novelist and poet. Many of you read her 2015 novel “The Devil’s Back.” She also spoke at the library’s writer series a few years ago. In 2018, she started writing poetry, wonderful rhyming lyrics that use Eastern Kentucky’s ballad tradition imagery, rhythms and techniques. They could easily be set to music. When Marie recites them the lilt in her voice provides the music.

In February 2021, Main Street Rag Press in Ashville, North Carolina, will publish her new book of poems Echoes in the Wind. You can find out about Marie’s book and how to order it at a lower, pre-production price by going to www.mainstreetrag.com. Once on the homepage, click on the “Authors” tab, scroll down to “Marie Parsons” and then click on the picture of her book cover.

Everyone in Write Local has read Marie’s poems, and they all give them two-thumbs-up. That’s 14 thumbs, a resounding recommendation.

McCann is an arts columnist for The Sun. On the Write Local Team, he is the utility man — he plays every position. He writes plays, fiction, flash-fiction, poetry and essays. Among his publications this year are:

“Strained Pears” a play published in the Leeds Theater’s Creativity in Quarantine magazine in October. In November, the play was runner up in the Kentucky Theatre Association’s Roots of the Bluegrass 10-Minute Play Contest. He also had a photograph, “Two Roads diverged in a Woods” published in the Creativity in Quarantine Nightmare Before Christmas issue along with two flash fiction pieces “Satan’s Second Chance” and “On the Road to Damascus.”

William’s “The Origins of Blowing in the Wind” was published Nov. 23 in The Nonconformist Magazine: https://medium.com/the-nonconformist. It is featured on the homepage.

“Fritz-el Roy” and “Barber Toys” is to be published in the Uncommon Grackle, published by Mt. Sterling’s Gateway Regional Arts Center. Both online and hard copies will be available later in December.

Jeanine Grant Lister has a poem called “Universal Moon” in the November issue of Creativity in Quarantine. Jeanine is studying creative writing with Maurice Manning at Transylvania University where she’s developing a talent for historical fiction.

Witt has a poem called “Fingerprints” in the November issue of Creativity in Quarantine.

That’s right, Chuck Witt, the Sun columnist. Chuck not only writes op-ed pieces for The Sun, he is also a good poet and short story writer. His book of short stories, “The Chronicles of Michael Tate and Other Stories” (library call No. Mystery F Witt) concern the adventures of a hired assassin, Michael Tate, and contains two terrific alternative history stories. Chuck’s book of poems is called “Poems” (call No. K 811.54 Witt). Both are available through Lulu publishing, www.lulu.com.

I collected numerous rejections this year … but at least the publishers wrote back and no one sued for mental anguish. C’est la vie.

There are few things in the world more enjoyable, I think, than working with words among friends. So, thanks to the Write Local posse for wonderful times in a sketchy year.

I encourage everyone to find and read their work. It is fine.

Wear that mask. Scrub those hands. Maintain that social distance. That’s the gift of joy this year.