Coaches, players ready to hit the hardwood in peculiar 2020 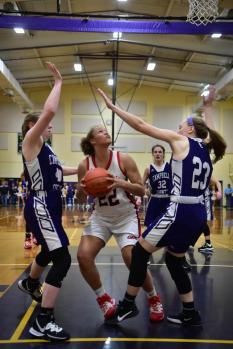 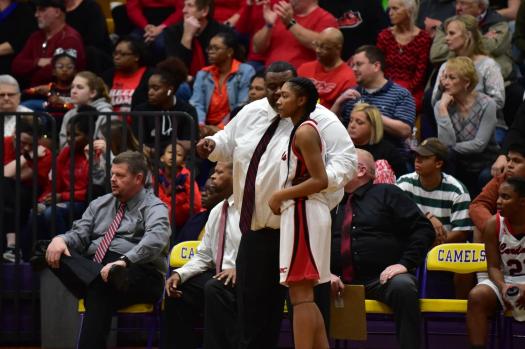 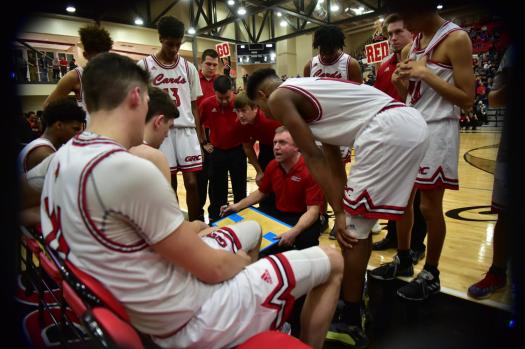 2020 has been a year of unknowns with unexpected twists and turns for everyone in our community, our country and our world.

Day by day things are constantly changing. George Rogers Clark High School has been no exception from all the madness.

Every year in November high school basketball programs across the state break off their rust from the months of being off and begin their seasons.

For a little bit it looked like that was going to happen, but in a year like this one, expecting things to happen will leave you hopeless.

For GRC and the rest of the programs across the state this year got a whole lot weirder.

On Nov. 18, the KHSAA Board of Control pushed back the start of winter sports until Jan 4, with practices starting Dec. 14.

This decision was in congruence with the governor’s order issued the same day of the closure of all schools until further notice. The decision forbade interscholastic sports at all school levels until Dec. 14.

On Dec. 10, the Board of Control held yet another meeting regarding the season. They voted to keep the delayed schedule as is, with the practices beginning Dec. 14 and games starting Jan. 4.

“It’s not an easy situation, but this is real life,” Josh Cook, GRC’s head boys basketball coach, said. “We have to choose to stay positive through these trying times.”

The boys basketball team was lucky enough to get around seven full practices before the closure.

“We’re all just so antsy to get out there and compete for another region title,” junior wing Sammy Hernandez said. “It’s tough being away from my team, but I think when Jan. 4 rolls around, we’ll be ready for whatever this unique season throws at us.”

Unfortunately, the girls basketball team has struggled with COVID the most. The girls had to go into quarantine Nov. 5 due to some players coming down with the illness. They were only able to get around five practices in before the shut down.

“Since we haven’t been practicing, I feel like it’s extremely important and vital we still stay connected and keep that team chemistry alive during these times,” Robbie Graham, GRC head girls basketball coach, said. “My message has been constant — stay positive and focus on what we can control.”

According to Graham, the girls talk every day in group messages and are really looking forward to practicing with each other again.

“COVID-19 has definitely hit us hard, from us not being able to play at state last year to the season delay this year,” sophomore forward Brianna Byars said. “We are all relieved that KHSAA is trying their hardest to give us a chance to play this year. Getting through this has been tough, but our team talks every day and that has allowed us to hold everyone accountable to stay in shape and keep the ball in our hands. Getting the shot to defend our titles is what is on my mind and everyone else’s, so I hope we get a shot to do so.”

In November, the Board of Control decided on an eight-week season with a three-game-per-week limit. During the most recent meeting on Dec. 10, the Board decided to extend the season to 10 weeks with a four-game-per-week limit, allowing a maximum of 30 games in the season. This two-week extension allows teams to quarantine if necessary and still be able to have a more than 20 game season.

According to the new KHSAA schedule, the district tournaments will start March 15 and regionals will begin March 22. The state tournament will be held at Rupp Arena March 29 to April 8.

“Whatever situations are thrown and whatever opportunities are given, my team will embrace them and give it our best shot,” Cook said. “I just can’t wait to get back on the hardwood.”

“I’m very excited to see my team,” Graham said. “It’s been hard being away from these terrific young ladies and I can’t wait to get out there and start our journey to defend our titles.”

2020 is for sure a peculiar year, but rest assured both Cardinal teams are ready to defend their reigning region titles and make the most of this year of unknowns.

Sawyer Broeking is a junior at George Rogers Clark High School and sports editor for the Smoke Signals multimedia team.