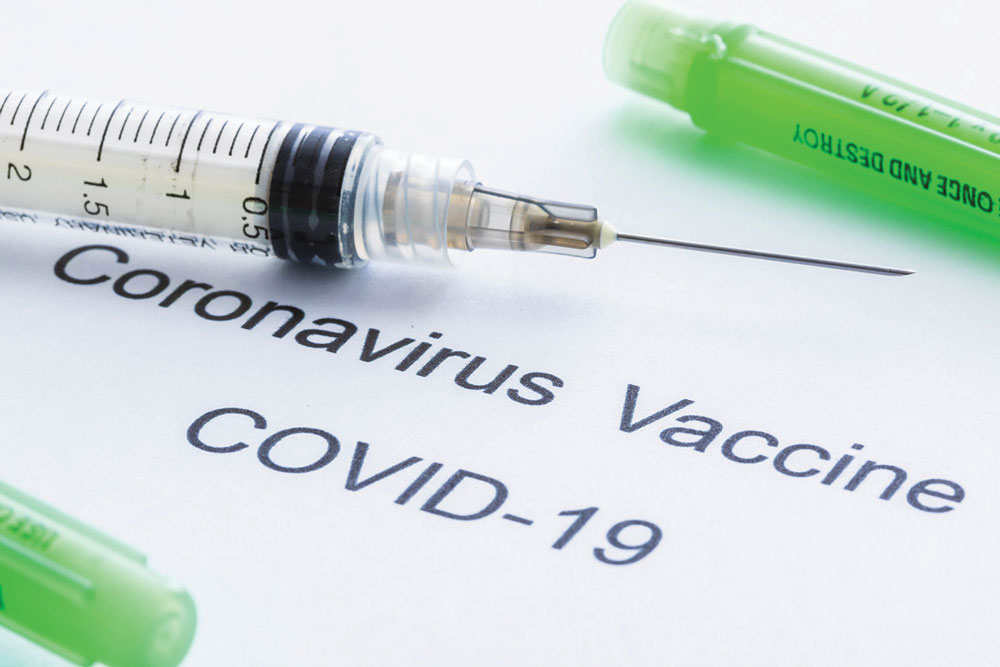 First responders will be the first in Clark County to receive the new Moderna coronavirus vaccine, and they could get their shots before the new year, Becky Kissick, the county’s public health director, said this week.

As with the Pfizer vaccine, which arrived in Kentucky Sunday night and was being administered to hospital employees by Tuesday, Kissick expects a similar fast track for the Moderna vaccine.

The second vaccine was expected to get the green light from the FDA by Dec. 17, she said, and “we anticipate the first shipment rolling out within 24 hours of approval.”

“We’ve been advised that we should make plans that we would receive that the week of Christmas,” she said.

The Clark County Health Department will receive an allocation of the vaccine and will begin vaccinating emergency medical personnel, police and firefighters, as well as their own public health employees.

“We’re really focusing on our first responders, but understanding that even within those categories, we’re going to have to prioritize,” she said.

She said the Health Department has had conversations with other emergency services to be prepared before the distribution occurs.

Last week, Sheriff Berl Perdue said he intends to be one of the first in line for vaccination.

Like the Pfizer vaccine, the Moderna vaccine has been proven to be more than 94 percent effective in clinical trials involving thousands of people.

Unlike the Pfizer vaccine, it does not have to be stored at a temperature of at least 70 degrees below 0.

Kissick said the governor initially identified 11 regional hospitals to receive the Pfizer vaccine because they have the equipment needed for the extremely cold storage. In addition to those hospitals, the first to get that vaccine will be residents and staff of nursing homes and assisted living facilities.

“About two-thirds of that is going to be made available through partners of CVS and Walgreens to our long-term care folks,” Kissick said, and then the rest of the Pfizer vaccine “is going to those regional hospitals.”

Tim Janes, executive director of Rose Mary C. Brooks Place, an assisted living facility, said he hopes most of the residents will take the vaccine to reduce the possibility of the virus spreading through the facility. So far, they have been fortunate. No residents have tested positive for the virus and only one employee has, and he has recovered.

“I want to get beyond this, and this is one of the things that will help us do that, so I’m excited,” he said.

The Fountain Circle nursing home in Clark County has had 100 residents and 60 staff contract the virus, and eight residents have died of COVID-related illness. Currently, though, there is only one active case involving a staff member.

Because two shots are required, she said, the Health Department will have to schedule the vaccinations of first responders and public health workers.

They will also have to keep those vaccinated on site for a time and monitor them to make sure there are no adverse reactions. As with flu vaccines, although it isn’t possible to get the virus from the vaccine, some have had allergic reactions to the vaccine.

The most commonly reported side effects, which typically lasted several days, were pain at the injection site, tiredness, headache, muscle pain, chills, joint pain and fever, according to the Centers for Disease Control and Prevention.

Although no one knows how long the immunity lasts, Kissick said it’s probable that the COVID-19 vaccinations will have to be given every year, like flu shots, to protect people.

Although medical workers, public health employees and emergency medical workers and other first responders will get the vaccine quickly, it could be the middle of 2021 before the shots are available to the general public, Kissick said.

One reason is the time it takes to manufacture hundreds of millions of doses of the vaccines.

“Estimates are kind of late spring, early summer,” she said, but added that “this situation is kind of changing hour by hour at this point.”

Almost no one expected the vaccines to be available this year, and the process of finding, making and distributing new vaccines, which normally takes years, has taken only months with the coronavirus vaccines.

“While it’s come to the market quickly, we threw a lot at it, and we’ve really seen an unprecedented response on the part of science,” Kissick said.

She also said she hoped people would “trust the science” and get the shots when they become available, because the best way to reduce the spread of the virus is to reach what is called “herd immunity,” which means vaccinating a majority of the population.

It is believed that level is at least 70 percent of the population, but that number, too, is unknown.

“For those we love and for those who love us, it’s really best that we go ahead and do this vaccine to help protect everybody,” she said.

It is also important, she said, to continue to avoid spreading the virus by wearing masks, keeping a minimum of six feet of space between oneself and others in public places, practicing good hand washing and sanitizing and avoiding crowds.

Even those who have been immunized can still be carriers of the virus, and if they have the virus or the disease, they are more likely to spread it to others before they are sick themselves.

Although social distancing and public health measures such as social isolation and closing schools and restaurant dining rooms have been inconvenient and even painful, public health experts believe they have been effective in reducing the spread of the virus and its disease.

During an alarming rise in cases in November, the governor implemented several measures to control the virus, and since then, the numbers have been decreasing.

“Last Monday we reported 40 new cases, and yesterday we reported 15,” she said Tuesday. “I think we are seeing a decrease now. … Those were things that were really hard, but I think we’re reaping the benefit of that now.”