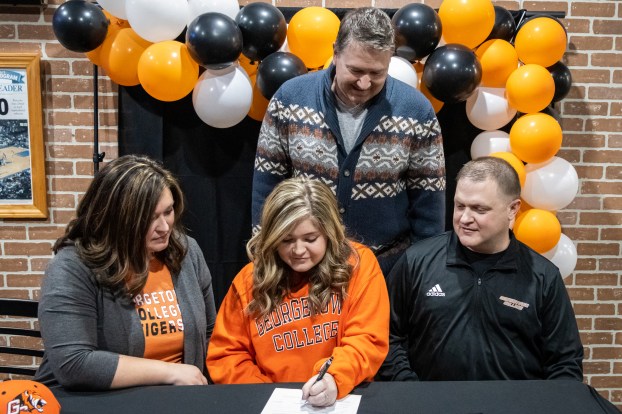 The Rose family of Winchester held a small gathering Thursday Evening at Woody’s Bar and Grill to send their oldest, Brenna, off to Georgetown College in style.

Family and friends were present and there were plenty of orange and black decorations to be had.

Brenna will be continuing her golfing career for Georgetown and plans to major in pre-med with a focus on anesthesiology.

During Brenna’s five years on the GRC golf team, she played a part in two runner-up region positions and the honor of playing in the state tournament.

Coaches, players ready to hit the hardwood in peculiar 2020

BY SAWYER BROEKING, Smoke Signals 2020 has been a year of unknowns with unexpected twists and turns for everyone in... read more