ENOCH: Christmases past in Winchester 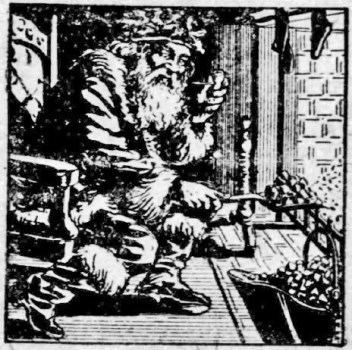 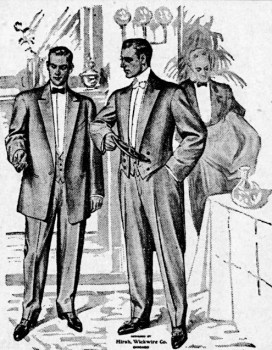 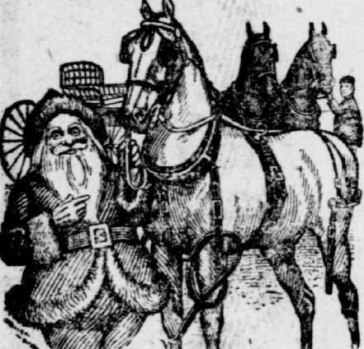 uring this season I cannot help but think back to Christmases of my youth. And I suspect those of us who are in our “golden years” also reflect on the many changes that have occurred in the way Christmas is celebrated today. I thought it might be interesting to look at Winchester during several periods of time going back say a 100 years or so.

In 1908, the city was in the midst of a commercial growth boom. Winchester News, the city’s daily newspaper at the time, put out a special 12-page Christmas issue on Dec. 15. The editor gave a glowing description of downtown that season.

“Only a few days remain before Christmas is here. From early morning until late at night a constant stream of men, women and children in all walks of life can be seen in the business section of our city purchasing presents, carrying bundles and doing their shopping for the holidays. From all indication this will be a record breaking Christmas from a business point of view.”

Wouldn’t it be nice to time travel back to see what Winchester was like then?

“The merchants are taking great pains to have their houses decorated to suit the occasion and have laid in an unusually heavy stock of goods. In no city can be found more beautifully decorated windows and store rooms. Nothing has been overlooked by the merchants and anything that can be found in larger cities can be found here.”

The article described many of the store decorations: “A glance at the first window of Mr. V. Bloomfield will make you feel as though you are looking into a real room. It is dressed to represent a bachelor’s quarters.”

The paper was filled with local business ads for clothing, jewelry, furniture, china, linens, etc. Surprisingly, I could not find a single ad for toys in 1908.

By 1910, the News did reveal two merchants selling toys: M. D. Royce and Martin’s Drug Store, both on Main Street. The only other was for C.D. Calloway & Co. in Lexington. They claimed to offer the greatest variety of toys in Central Kentucky.

Local charities were also active, most notably the Santa Claus Association that raised funds to “make glad the hearts of about 150 poor girls and boys of Winchester who would otherwise not have had the pleasure of a visit from Santa Claus.”

Many merchants sold “Christmas stamps,” a sticker to put on envelops and presents. Their sale raised funds to fight tuberculosis.

The paper mentioned that the stores would close at noon on Christmas day, but the post office would have afternoon and evening hours.

The Presbyterian Church was the only denomination holding services.

Jumping ahead, my wife Clare, who grew up in Winchester, experienced Christmas downtown in the late 1950s.

Toys, of course, were much on her mind then, and she recalls the best could be found at Newberry’s and Kress. Western Auto and Firestone also sold toys at Christmas. Clare especially remembers a lighted village scene in the window of Winchester Bank.

Bob Tabor, Mister Winchester, remembers the festive Christmas parades with Santa Claus riding on a firetruck. The downtown streetlight globes were fitted with colored bulbs and lights were strung all along Main Street. There was always a large tree at the courthouse and a live nativity scene at the Methodist Church.

Bob also mentioned that many locals were beginning to do some of their Christmas shopping at Lexington stores. Neither Bob nor Clare could remember any empty storefronts on Main Street at that time.

Christmas ads for 1958 in The Winchester Sun seem unsophisticated by comparison to today. They leaned heavily on clothing but also included furniture, appliances and items such as fountain pens, boxed chocolates and whiskey.

It appears Bloomfield’s was still the top clothing store in town, although advertising indicates they were facing stiff competition from national chain stores Penney’s, Belk’s and Nathan’s.

This year promises to be a very different Christmas because of the coronavirus pandemic. However, downtown Winchester is decked out like I’ve never seen before.

Sunday night, Clare and I walked Main Street from Lexington Avenue to Washington Street and back. (You cannot see nearly as much from your car.)

We were amazed how many businesses had their store windows decorated and lighted. We counted more than three dozen. Some — too many to list — were very elaborately done up.

The city has decorated all of the downtown five-globe street lights, and the county courthouse has a handsome tree and elf station on the front lawn.

Everyone should get downtown and have a look, and shop local this year if you can. The shops on Main and Court streets have many seasonal items for sale — something to please everyone.

In closing, I’ll borrow a line from Clement Moore to wish a “Happy Christmas to all and to all a good night!”