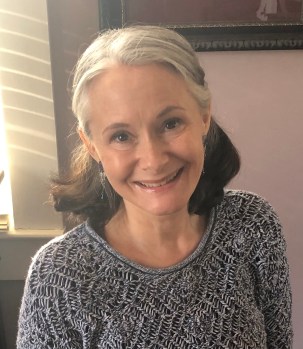 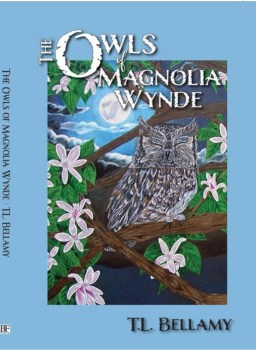 Write about what you know.

It may be cliché, but it’s true that real-life experiences inspire good fiction.

T.L. Bellamy’s first children’s novel, “The Owls of Magnolia Wynde,” which just released on Amazon, is a good example.

It’s about a little girl, Morgan Anne, who has been gifted with the ability to talk with the animals on her family’s estate, where she lives with her father and her nanny.

Like her protagonist, Tamara Bellamy loves animals and was profoundly affected by her mother’s death.

“I was originally a scientific writer. ‘The Owls of Magnolia Wynde’ actually came to fruition in 2012 after I had lost my mother to lung cancer, and I had lost my job” at the University of Kentucky “over some moral issues … and basically, I was just going through a really rough time,” the author said in a phone conversation Monday.

“The interesting thing about the book is that the Owls are based on … a family of owls in my backyard that had taken up residence — a mother and her three little owlets. I kind of got to watch them grow up and learn how to fly … so I got inspired to write the book along with everything I was going through, and it was kind of a healing process for me,” she said.

In the story, Morgan learns there are rules of nature one must follow, lives to save, or not, and secrets to keep or share.

As the owlets are learning to fly, there are coyotes lurking nearby, threatening their safety, and so the battle is on.

Morgan learns lessons from the mother Owl, who becomes a mother figure for her, and she learns to stand up for herself and be brave.

“It has a little bit of a fantasy theme. It has Dragons and a Moth Queen and all kinds of interesting things,” the author said.

Bellamy, a native of Lexington, earned a degree in biology from the University of Kentucky in 1996 and worked for 13 years in the Department of Biochemistry, co-authoring many scientific publications.

“I got into biology because of my love for animals, but as my career grew, it went over into a different field,” she said.

She and her second husband, Richard, live in a big green Victorian house on South Main Street in Winchester, and when she isn’t writing, making jewelry or creating other works of art, she and her husband enjoy working on restoring the 1899 home where she has lived since 2001.

Bellamy illustrated her first book, including the cover art and the inside matte.

Her husband’s cousin, Jerlene Rose, who has a small publishing company and was once the publisher of The Clay City Times, read Bellamy’s book and loved it and decided to help her edit and publish it and sell it on Amazon.

The author said she has sold quite a few copies online already, and her next step is to buy copies in bulk and try to sell them at local gift shops and bookstores.

“I’d really like to go bigger with it,” she said.

Bellamy can be reached by emailing her at tamibellamy12@gmail.com.