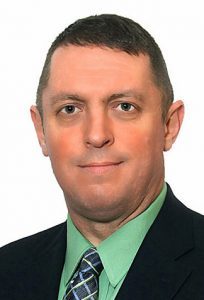 What happened in Washington, D.C., Wednesday was absolutely heartbreaking. It was also a sad reflection on the state our nation is in today because of politics and people’s desire to get their way at almost any cost.

Seeing people storm our nation’s capitol with the intent to destroy and damage property, and possibly injure our elected leaders, left me dealing with several emotions as I watched the events unfold on my TV screen.

First, I was surprised – mainly to see that rioters or anyone else would be able to penetrate the center of our governmental headquarters. I lived just outside D.C. for a while, and considering the level of security I have seen in place at the capitol and other buildings, I was almost amazed that the rioters didn’t meet a massive force of resistance bringing the incident to an end. Some of the rioters were armed, as could be seen on television, but the secret service and other security staff were also heavily armed. The use of firearms by security personnel would have made the situation even more tragic than it was in the end, but it definitely would have been a deterrent to others who had thoughts of  rushing into the situation.

Next, I was disappointed that people would let politics incite them to such actions. We have a system in place to elect our leaders, and it has been followed by our nation. We have results from our most recent election, and we will now live with those results for the next four years. There are ways for people to express their displeasure with our government that do not include forcing their way into buildings and offices, leaving in their wake the destruction of property, and at latest count, the loss of four lives. The people who took part in this senseless rioting showed no concern for property or the welfare of those around them, and that is very disappointing.

Finally, I felt a mixture of sadness and concern. I was sad to see this level of behavior, and also to see the damage done in the name of politics. In the end, nothing was accomplished. People lost their lives as a result of the riots, all because a group of people were not happy.

Despite your political beliefs or how you voted, our current president will still leave office soon, and a new president will be put into place. Regardless of which one you favor, actions like we witnessed Wednesday will make no difference.

Looking ahead, I’m concerned about what could happen in our nation’s capitol, our state capitol, or even local government centers if people make the unfortunate decision to behave this way again. It was made all too clear that despite the levels of security we have in place, these buildings are not impenetrable. Damage could be done to many other places, and more innocent people could be hurt or killed.

I have political beliefs and opinions. I express them primarily at a polling place, and I won’t discuss them here, on Facebook, or almost anywhere else. What I will do is live with the results of our elections and monitor the actions of those who were elected. I will then form opinions and make decisions on how I vote in the future based on the performance of those who were elected.

And I will pray. I will pray that the people of this country use common sense and think of others before acting out of anger. I will pray that no other lives are lost, especially over the results of an election. Regardless of their party, I will also pray for those who have been elected to serve our nation, our state, and even our city and county. I hope you will, too.

Jeff Moreland is a regional editor for Bluegrass Newsmedia. He can be reached at jeff.moreland@bluegrassnewsmedia.com.