Nailed It or Failed It: Pecan praline skillet cookie 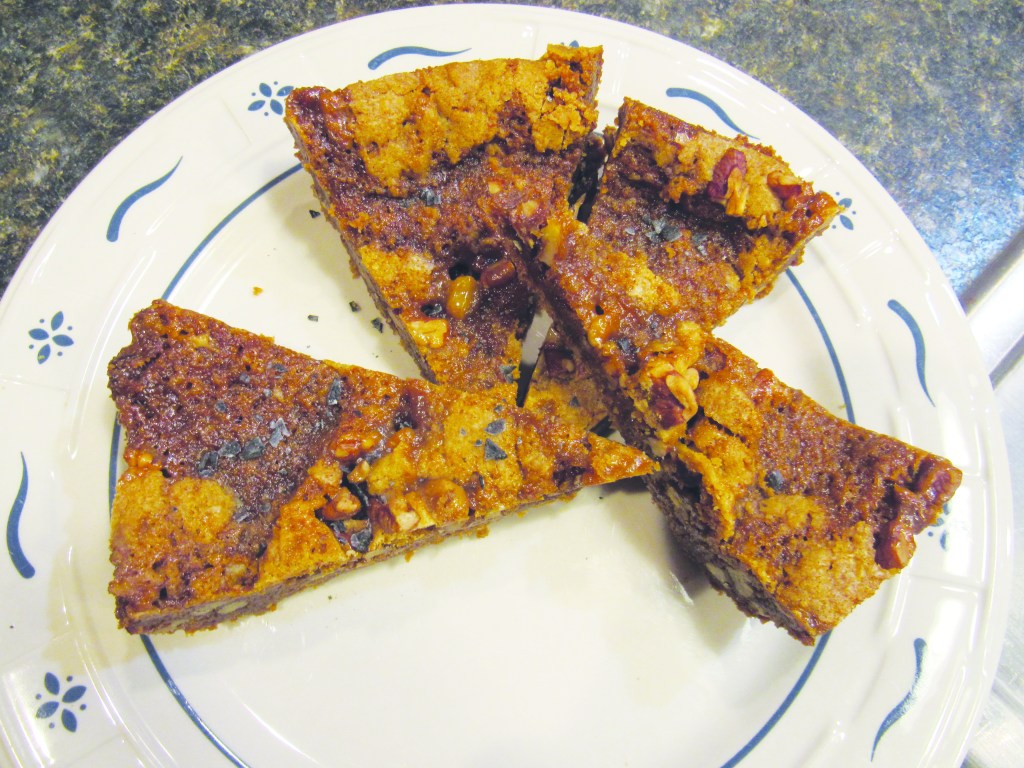 If we know people are coming to our house, I like to have some type of dessert to offer them.

We had a couple and their son coming over to check on some things for us when I decided to make this dessert.

Since Brad loves chocolate, I figured he could stick a few chocolate chips into his wedge if he wanted to before trying it.

The recipe was from the September 2016 issue of Southern Living Magazine and sounded perfect.

Whisk together flour, baking soda, and salt in a bowl. Add to butter mixture gradually beating at low speed until combined.

I know the recipe says to spray the pan with cooking spray, but I don’t like to use the spray stuff unless I have to. So, I greased the cast iron skillet and then turned on the oven.

The butter was soft and I put it into my stand mixer bowl along with the brown and granulated sugars.

If you don’t have a stand mixer, I believe a hand held one will do just fine.

I beat the mixture until it was fluffy then added the wet ingredients and let the mixer work until everything was combined.

The batter was extra thick and was a little bit of a challenge getting it out of the bowl and into the skillet, but I succeeded in getting it done. The remaining pecans got sprinkled on top then the caramel sauce was drizzled over top of the pecans.

I put the skillet into the oven and checked on the cookie after 50 minutes. When the timer sounded the cookie was pretty loose in the middle and I let it continue baking about 10 minutes, then out of the oven it came and the cooling began.

Our friends arrived, and after some conversation, we decided it was time for something sweet. I sprinkled some black sea salt over the top of the skillet cookie and cut everyone a piece.

James took the first wedge and I mentioned that I wanted his honest opinion. He’d been reading the recipe and I told him that I had to let it bake longer than recommended. After his first bite, he cocked his head and squinched his eyes. He said he didn’t think I should have baked it the extra 10 minutes, he thought it probably would have continued baking after it came out of the oven since the skillet would have still been hot.

I have to disagree.

James’ wife, Hannah, loved the cookie as much as I did, and I ended up sending half of what was left home with them because this cookie was too good for me to keep around our house. I thought the flaked sea salt on top really added something to the sweet cookie, but then again, I like sweet and salty things (like French fries with a milk shake).

Brad liked this cookie, but said he would have liked it better with chocolate chips in it. I mentioned he could stick a few chips into it before taking another bite, but he didn’t.

This recipe is a definite nailed it and has a place in my self-made cook book. It will be on the top of my list when we have company coming again.