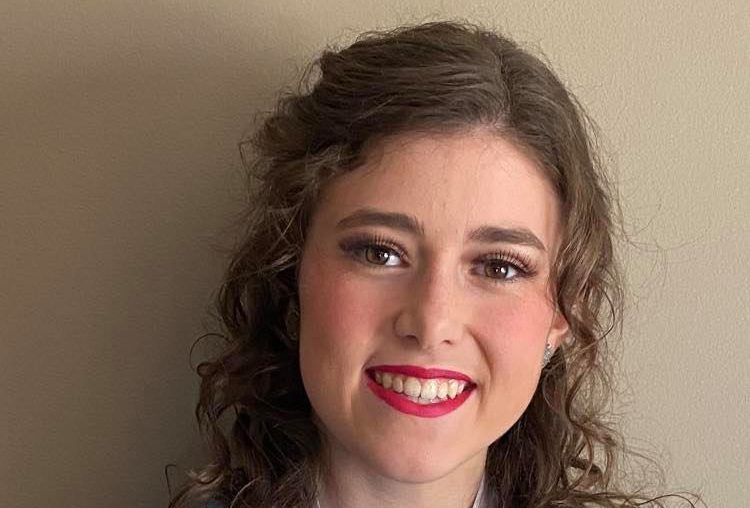 In true COVID fashion, there will be a Distinguished Young Women of Kentucky this year, and a local girl will be part of the contest, but it will all be done virtually.

In fact, Shelby Summers, who won the local DYW title in the fall of 2020, will get to watch the competition from the comfort of her home surrounded by her family.

That’s something no other DYW of the past has had the chance to do.

Shelby, the 17-year-old daughter of Wendy and Bobby Summers of Winchester, has already completed some of the categories that will be judged later this month.

In December, she went to the Singletary Center in Lexington, where all of the contestants were split into groups of four and completed their self-expression, talent and fitness.

“For self-expression, we went into a small room with only two other people and answered our questions,” she said. “Then they took video of each of us walking on the stage in our dresses, our talent and fitness.”

The next step in the process for Shelby comes this weekend, when she will complete her interview portion of the competition on Saturday.

Once those videos are compiled with each contestant’s earlier videos, they will be judged later this month.

Instead of competing in front of a live audience, Shelby said this year’s contest will air virtually Jan. 21-23.

The preliminary videos will be shown Jan. 21-22, with talent on the first day and fitness and self-expression being shown on the second day.

“If I win something, I’ll be finding out at the same time as everyone else watching from home,” Shelby said.

It’s been an odd but fulfilling experience, the GRC senior said.

“It was weird at first, doing everything virtually,” she said. “It was something I had to get used to, but I think it was just as fun. We’ve done Zoom meetings with the 2020 Kentucky and America Distinguished Young Woman. I got to do a private Zoom interview with her to practice. All the girls competing have a group chat and a Snapchat group, so we’re still getting to talk just as much.”

Shelby said the only thing she regrets about the experience is that she didn’t get to perform her talent, which is a dance to Lauren Daigle’s “You Say,” in front of a live audience.

“I’ve danced for many years,” she said. “The only thing I’ve truly missed out on was the audience. I’m used to performing in front of an audience, so it was strange to be dancing in that big facility without an audience.”

Regardless, Shelby said she has learned a lot about herself through the process.

“Through the whole DYW experience I’ve learned how to be more confident and come out of my shell,” she said. “At the start I was shy and hated to speak in front of others. Through the practicing, interview and self-expression, I’ve grown. It’s been good for me to be able to learn how to talk to others because that’s a skill that is very important.”

She also praised the local committee’s ability to adapt to the situation and help her.

“They have put on interviews for me,” she said. “Donna (Fuller) sends me texts all the time to tell me about the new news. They’ve supported me through the whole process and sent me flowers. They’ve sent me texts on how to remain calm and how to approach the challenges. I know I could call any of them in a heartbeat and they’d jump to help.”

As she prepares for the final part of the contest, Shelby said she’s feeling mixed emotions.

“I’m really nervous because the interview is the thing I’m most scared for, but I’m also really excited because this is all different and I’ll get to actually watch myself do the program live with my family,” she said.

Fuller, the local committee’s chair, said adapting has been a challenge, but Shelby and the committee have rose to the occasion.

“At our local program, we had to adapt by not having a public audience and the community came through for us to make sure that these young ladies had a wonderful experience as we hoped they would, even in the trying times,” she said. “The state program has also had to adapt and has done their best to make sure these girls enjoy this moment.”

Fuller praised Shelby, and said she’s one of the most organized and dedicated young ladies she has worked with over the years.

“She has put every effort she can to make Clark County proud,” she said. “I just wish everyone could see and watch this talented young lady compete. Even thought it’s virtual, she took this very seriously and practiced daily.”

Fuller said a link for viewing the contest is not yet available, but those interested can follow the Kentucky DYW Facebook page at www.facebook.com/DistinguishedYoungWomenofKentucky for updates.

With the uncertainty of COVID, Fuller said the Clark County committee has not yet set a date for this year’s local contest.