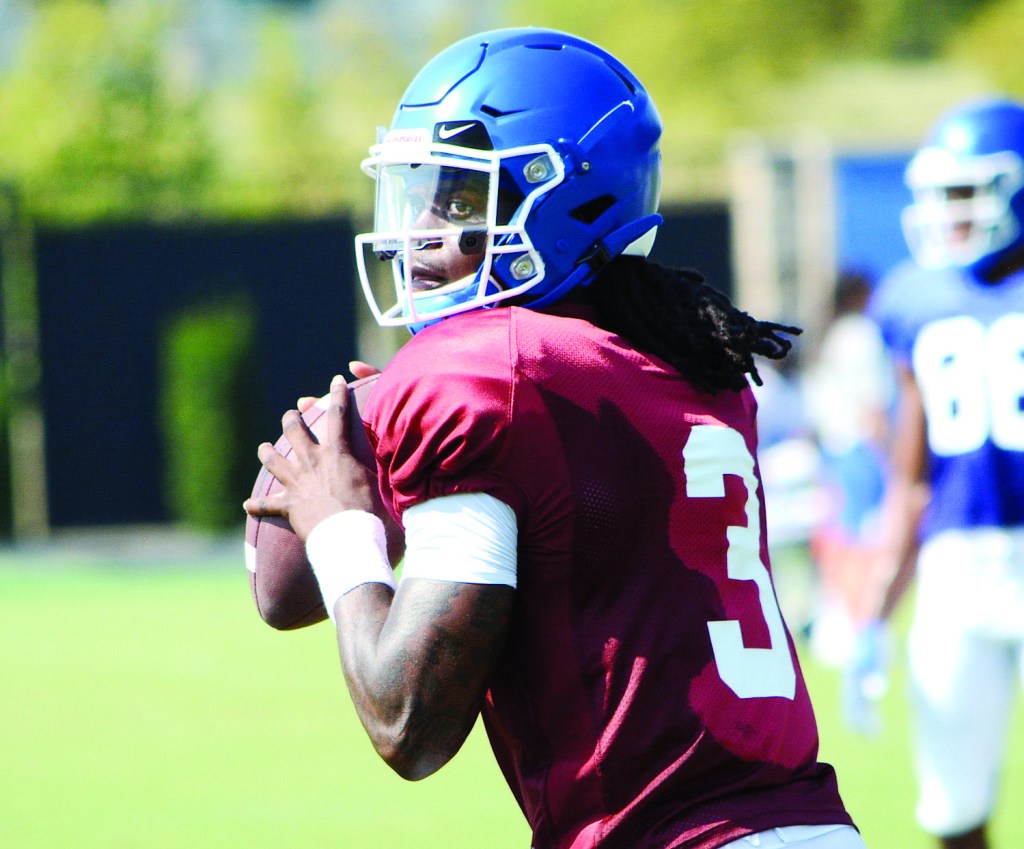 Wilson, who played for three seasons with the Wildcats, guided Kentucky to a pair of bowl victories, including a 23-21 win over North Carolina State in the TaxSlayer Gator Bowl last Saturday in Jacksonville. He called the shots in a victory over Penn State in the Citrus Bowl two years ago in Orlando.

Wilson thanked the Kentucky coaching staff and his teammates for “the opportunities I have been given for the past three years.”

“I have made relationships and memories that will last a lifetime,” he said. “With that being said, I have decided to enter the transfer portal for my last season of eligibility. Thank you, Kentucky. It’s been a good ride.”

Wilson finished his Kentucky career 17-8 as the team’s starter and the first player in school history to throw for at least 3,000 yards and rush for at least 1,000 more.

Wilson’s decision means the team’s starting job will be a battle between Auburn transfer Joey Gatewood and former Lexington Catholic standout Beau Allen, which will be decided by Liam Coen, the team’s new offensive coordinator.

Earlier Monday, AP All-America offensive tackle Darion Kinnard announced his plans to return for a senior season and opt-out of declaring for the NFL Draft.

“It was a very hard decision,” he said. “Even during and prepping for South Carolina week it was weighing on my heart. There was a big opportunity coming and I had a chance to go and start that, but I felt like if I stayed, I could improve my chances and go higher than what was expected.

“I can make a lot more money and make sure I can take care of my mom from the jump instead of having to get another contract after.”