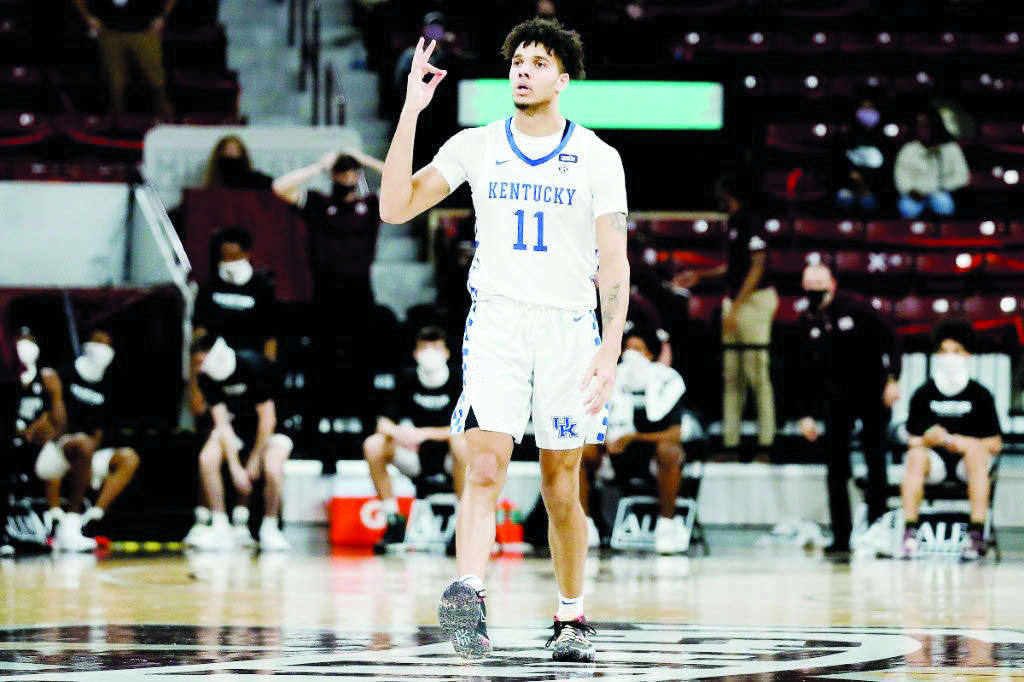 The redshirt freshman was named the league’s Freshman of the Week on Monday. Allen had 23 points and five rebounds in a win at Mississippi State. He played 32 minutes and made 8 of 13 shots and 7 of 11 3-pointers. Coming into the game, Allen had played 20 career minutes with seven points in four appearances.

“Everyone in the world right now is like, ‘That man can shoot the lights out of the ball.’ Yeah, he can shoot it.” Kentucky guard Devin Askew said Monday. “He’s a cool kid. He’s a great teammate and he’s never been negative towards the team. He got his shot and he showed what we can do. He made the best out of the situation.”

Askew took notice of Allen’s work ethic since his arrival on campus and wasn’t surprised by his performance against the Bulldogs.

“He’s always in the gym,” Askew said. “Similar to me, I always see him in the gym or like walking past each other. Either I’m in there and I see him walk in or he’s walking out and I’m just walking in. So, we just like interchange, keep interchanging. But man, he worked so hard, and it showed when he got his shot. It showed how hard he works.”

Kentucky assistant coach Bruiser Flint said Monday he isn’t sure if Allen will start or come off the bench in Tuesday’s game against Vanderbilt, but said the former Kentucky Mr. Basketball needs to be prepared for all possible scenarios.

“I’m just happy he got in the game and he had some success,” Flint said. “I hope he brings confidence because he does add shooting to the team. But, (he’s) got to be ready.”