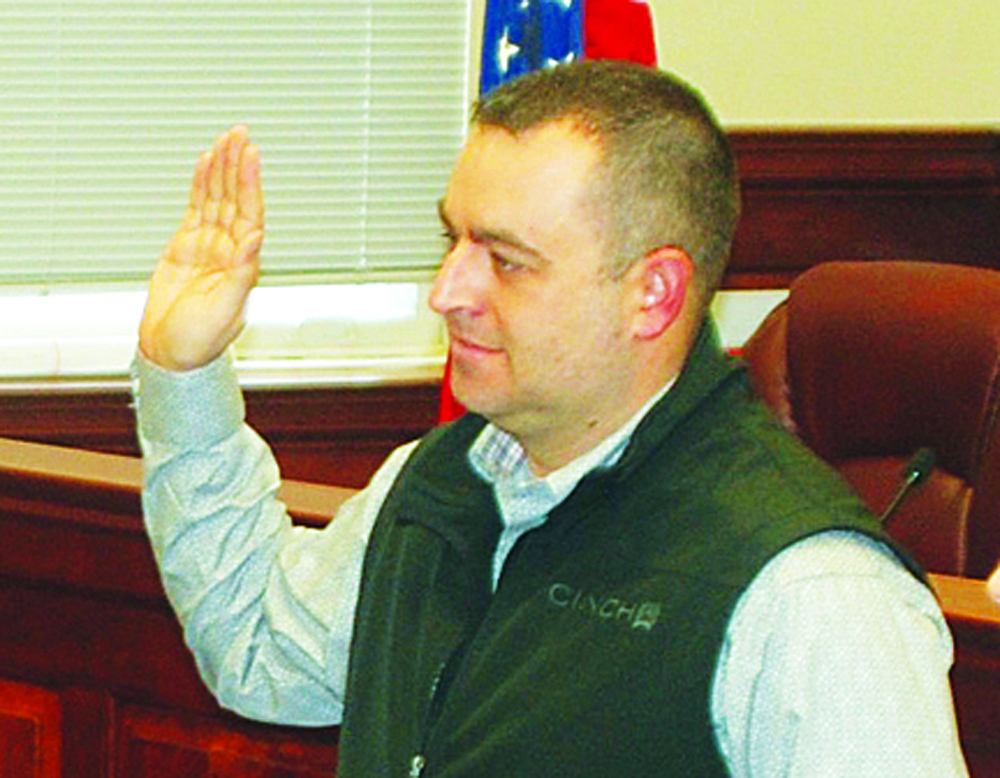 Travis Thompson takes his oath of office in January 2019 after being elected magistrate. Thompson, who is employed as a Winchester Police officer, is seeking a ruling whether he can continue to serve in both roles. (Photo by Fred Petke)

The Kentucky Court of Appeals issued a unanimous opinion Friday stating there is no issue with Travis Thompson serving on the Clark County Fiscal Court while working as a Winchester Police officer.

Clark County Attorney William Elkins had challenged that Thompson could legally do both, arguing state statute that said city police officers held a city office, and that residents are prohibited from holding county and municipal offices at the same time.

“I’m glad it’s over,” Thompson said Friday. “At least I hope its over.”

Elkins said he had no plans to pursue the matter further.

“I’m satisfied the public need and the fiscal court have an answer we can live with,” Elkins said. “I intend to just let it lay. Congratulations to Travis Thompson and I wish him the best.”

Clark Circuit Judge Brandy Oliver Brown ruled in August 2019 that being a police officer is not the same as holding a non-elected municipal office like police chief or city clerk.

The Court of Appeals panel agreed with the ruling, but took a different route.

The justices said a 1980 state statute requires that all non-elected city offices be created by ordinance with listed duties, title, an oath and a bond. The justices did not find such an ordinance in the city. Thompson, therefore, is an employee of the city.

The justices also found no constitutional incompatibility between being a police officer and an elected magistrate.

The case was scheduled for oral arguments before the Court of Appeals in late 2020, but it was canceled because of the ongoing COVID-19 pandemic.