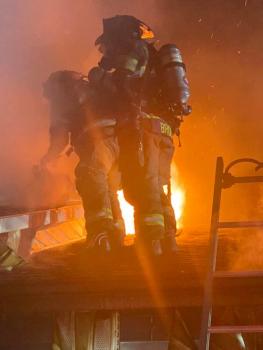 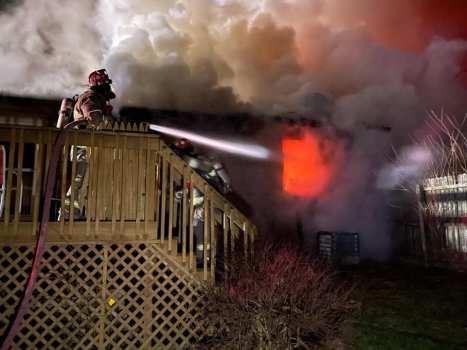 An elderly resident was rescued and taken by ambulance to Clark Regional Memorial Hospital early Saturday morning for smoke inhalation and chest pains after her duplex caught fire and burned.

Battalion Chief William Puckett of the Clark County Fire Department said her duplex at 30 Foxboro Court was a “total loss” from the smoke and water, but firefighters succeeded in preventing the fire from spreading to the other apartment, and the family in that apartment never had to move.

Puckett said Monday afternoon he doesn’t know the identity or condition of the woman.

Chief Steve Asbury talked with her at the hospital, but was away from the station and wasn’t available at the time of the interview.

Puckett said the Fire Department got the call from dispatch at 2:35 a.m. Saturday and had the fire knocked down in about 20 minutes, but firefighters were on the scene for about three and a half hours. They finally cleared at 5:52 p.m.