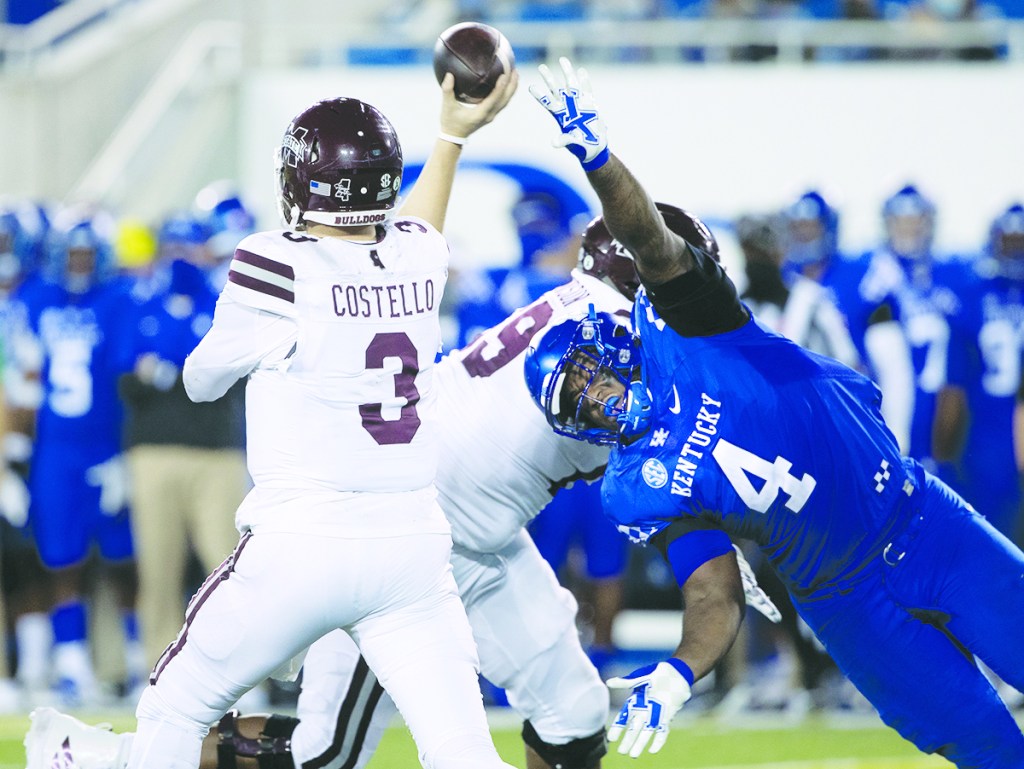 Kentucky defensive lineman Josh Paschal learned a lot from former All-American linebacker Josh Allen, a national defensive player of the year at UK before becoming a first-round draft pick of the Jacksonville Jaguars.

“He played the game with extreme passion. I remember the jump that he made from his junior year to his senior year was tremendous,” Paschal, who announced last week he would stay at UK for another season, said.

That jump in play made Allen a lot of money with his first NFL contract but Paschal said Allen’s success his senior season was no accident.

“You could really tell that it was going to happen just because of his work ethic and the way that he would work when we had workouts and not only during the workout, but the work that he’ll put in after as well,” Paschal, who played two years with Allen at UK, said.

“It was much more than just a game to Josh. You could tell that once he had (his son) Wes, he really turned things up. Everything that he has now is a byproduct of his hard work and him being appreciative of everything around him and what it took to get there.”