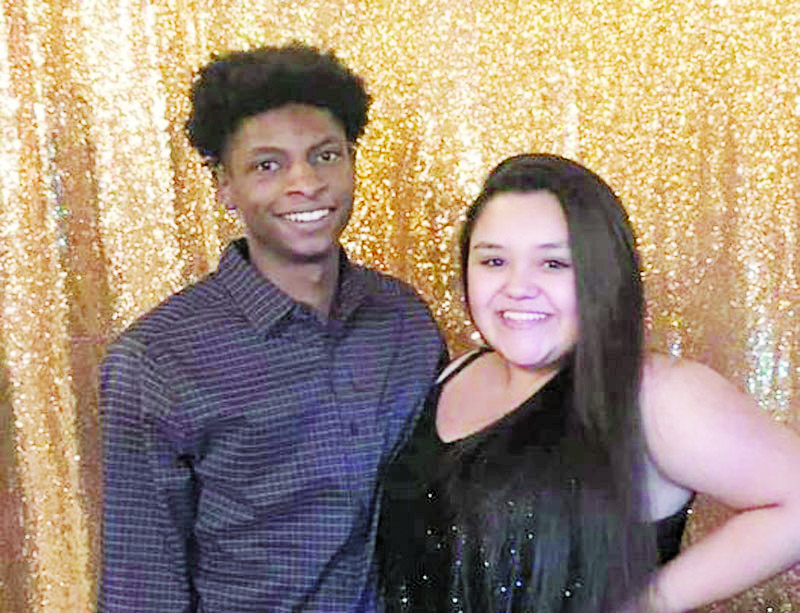 Paris Police are looking for Winchester residents Tyre Conner, left, and Emilia Zahabi Wisdom as persons of interest in the Dec. 21, 2020, death of a Paris resident. Anyone who knows their location is asked to call the Paris Police Department. (Photo courtesy Paris Police)

Paris police are looking for a pair of Winchester residents in connection with a fatal shooting in December.

According to the Paris Police Department, 21-year-old Tyre Q. Conner and 18-year-old Emilia Zahabi Wisdom are both persons of interest in the investigation into the death of a Paris resident.

Police said 21-year-old Jekobi Wells of Paris died Dec. 21, 2020, from multiple gunshot wounds. Police were called to the corner of Williams and Marshall streets in Paris at 5:37 p.m. for a report of an injured male getting out of a vehicle. Wells later succumbed to his injuries.

Police said they want to question Conner and Wisdom, as Wells was last seen in their vehicle before he was wounded. The vehicle was a gold or tan Ford Fusion with Kentucky license plate 141 TXZ, which is registered to Wisdom and her mother.

Anyone with information on their whereabouts is asked to call the Paris Police Department at 859-987-2100. Police believe Conner and Wisdom are armed, and should not be approached.