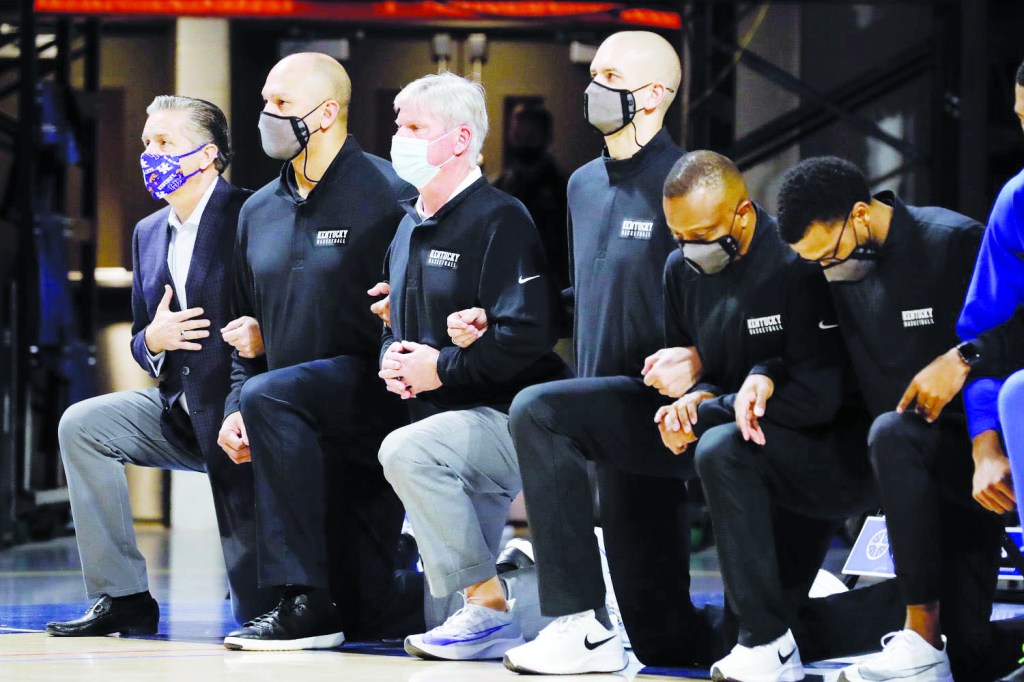 I have loved the University of Kentucky Wildcats basketball program from the time I was a young child. I never thought anyone would or could ever tell me my adoration and love for the Kentucky Wildcats would wane. For over 65 years, this has held true.

This weekend I turned the UK basketball game on a little bit late and did not get to see the playing of the National Anthem before the game. I did my usual screaming and yelling, and was so happy for the win. It was not until the game was over that I saw a picture of the team and Coach John Calipari taking a knee when the anthem was played. I literally felt sick to my stomach. Unbelief struck me. No, it couldn’t be true! However, it was.

When our coach knelt along with the players, it did not show unity with them to me. It showed a horrible disrespect to our country. It showed that a good lesson as a leader could have been taught that was not. If he wanted to show unity with the team, I would have loved to have seen unity of love for the country demonstrated that these kids play basketball in.

I also felt this disrespected Kentucky as they played in Florida. Even with the win, how can anyone be proud of the actions of our team when they took a knee and did not stand for the flag, the anthem or prayer?

I was happy I was not the only person who believed this. I do hope our basketball team, or any team who will represent our state, will never do this again. Until that happens, I know of many who will not be watching the basketball team again until the players stand with hands over their hearts.

What are we teaching our young people when they see our basketball team kneel and not stand for the anthem, flag and prayer? We teach them to respect our flag and our country but yet, the athletes they are looking up to did not. Think about the mixed signals they have gotten from that. I do not know about you but I have taught my children and grandchildren that you are to respect all three.

It is bad enough that the pledge is not said every day in the American classrooms. It is no wonder that there are so many people who are taking their kids from the public schools to schools that share their beliefs.

The way I believe is you either stand for something or you will fall for anything.

Sue Staton is a Clark County native. She is a wife, mother and grandmother.