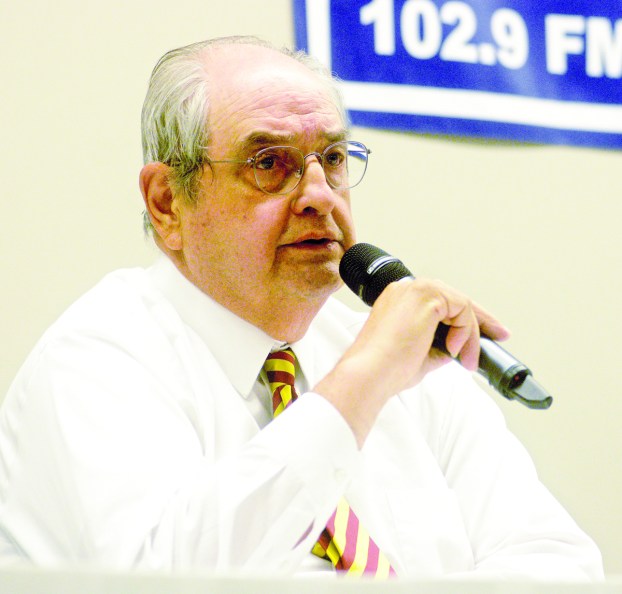 Any discussion about the state of Winchester had to start with the ongoing COVID pandemic, Winchester Mayor Ed Burtner said Friday.

Speaking to the Winchester Rotary Club, Burtner said there has been tremendous change in the last 12 months, some of which will likely remain in place once the pandemic ends.

“One of the challenges for us as a community is we have to recognize this has been a very difficult road for all of us,” Burtner said. “The people who suffer the most, in my opinion, are those who are told to stay home. We need to find a way to reconnect as a community.”

Burtner said data shows there were more overdose and suicide deaths in 2020 than there were COVID-related ones.

“Every death, every life is precious,” he said. “We cannot forget this can still cause severe problems with drug abuse and mental health.”

The city itself, he said, has survived. The current budget anticipated a $1 million loss in payroll tax revenue and carried a number of “severe” cuts.

A recent review of the budget by the Winchester Board of Commissioners reinstated a number of items but left large capital items to wait for the next budget.

The city’s unemployment rate, he said, has begun to shrink again following a tough year for the business community.

“A great many businesses have been hurt and harmed,” he said. “There are jobs out there. We’re starting to build back.”

Burtner said the city commission is scheduled to discuss a small business relief plan during Tuesday’s commission meeting to offer some help to local businesses. The project would use some of the city’s CARES funding. It would be available to local businesses who were forced to shut down during the year from government mandate. Those with a physical location would be able to apply; franchises and home-based businesses are not eligible, he said.

Burtner praised the Clark County Health Department for its efforts in dealing with and reporting the effects of the coronavirus, and now with its role in administering the vaccine.

“As of (Jan. 11), the best we could estimate about 1,000 doses have been administered in Clark County,” Burtner said. “(Clark County Health Department Director Becky Kissick) and her staff have been very aggressive about pushing that out.”

Burtner also addressed whether he would run for a fifth consecutive term as mayor after his current term ends in 2022.

“In October of this year, there will be an announcement … based on a family consideration,” Burtner said. “We’ll let the people know what our plans are in the fall. I am deeply humbled to have served this community, if I go out of office in 2022, for 41 years. In every way imaginable, I have given my life to this community. It is a wonderful community.”

Burtner was Winchester’s city manager prior to being elected mayor in November 2006.