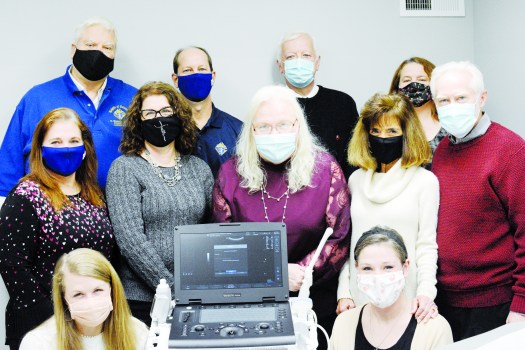 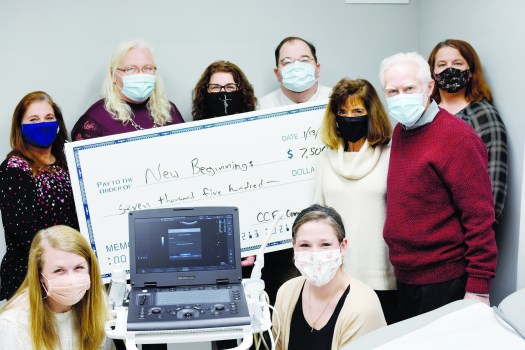 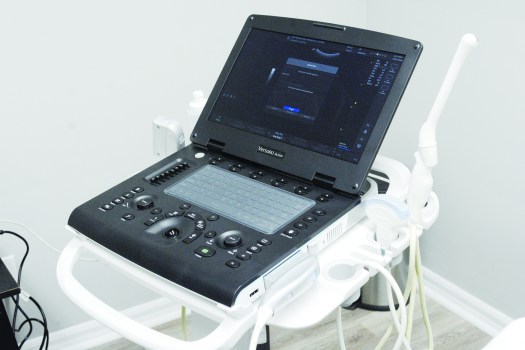 A GE ultrasound machine like this one typically costs more than $36,000, but New Beginnings got it for half the price. It was purchased with donations, including two large contributions, from the Clark County Fiscal Court and the Knights of Columbus chapter at St. Joseph Catholic Church.

New Beginnings now has its own ultrasound machine, which it got for a bargain with the support of donors including a Catholic men’s group and county officials.

On Sunday, the faith-based crisis pregnancy center at 139 Jefferson St. dedicated the machine and did check presentations with Judge-Executive Chris Pace on behalf of the Clark County Fiscal Court, who donated $7,500, and representatives of the Knights of Columbus from St. Joseph Church, who matched the funds.

Several board members and staff were also there for the occasion.

“It’s going to be a game changer to be able to offer ultrasound to virtually anyone who comes in and is pregnant and would like to have one,” Executive Director Becki Arvin said.

Until now, women sometimes had to wait a couple of days for one to come from Lexington.

“I’m so excited and humbled at how quickly this came together, and to watch God’s hand work for our center,” she said. She said God had “opened doors for us to b e able to serve more people and to help more people, and hopefully, to be able to save and change lives.”

Dr. Richard Chamberlain, who serves, along with Dr. Shanda Morris, as one of New Beginnings’ physicians, said the nonprofit was able to purchase the new GE diagnostic imaging device for $18,300, which is about half the usual price, because of a series of circumstances. Apparently, it was sold to a hospital in Texas, but the hospital apparently closed and returned it to the seller in Pennsylvania, and New Beginnings was contacted about buying it, Chamberlain said.

Lauren Horton, a board member for New Beginnings, said it all happened quickly, and the center was able to pay for the device because of contributions by the two large donors, Fiscal Court and the K of C, as well as several smaller donations.

In July the center’s board approved the purchase, and in October, the Fiscal Court voted to make a donation from its Community Fund, which is money the county receives from the sale of the old Rockwell International property. And the Knights contributed about half of the cost.

“It was definitely a godsend,” Horton said.

Chamberlain said that if a pregnant mother who is considering abortion hears her baby’s heartbeat, she is less likely to go through with it, and Horton said it’s been shown that an expectant mother  who sees an image of her baby is 80 percent more likely to choose to be a parent.

Pace said that protection of all human life is a priority for him and other members of the Fiscal Court and they think the ultrasound machine could make a difference.

“If viewing her unborn child convinces even one mother to choose life, I consider that a victory,” he said. “Of course, the machine will be available to expectant mothers who are not considering abortion as well, and will allow many underprivileged women to enjoy similar benefits to those who can afford regular health care.”

Dave Holzwarth, regional director of the Knights of Columbus, said the group wanted to help buy the machine because they are “pro-life.”

Joe Prekopa, financial secretary for chapter 2459 at St. Joseph said the men’s club has been supportive of New Beginnings for many years.