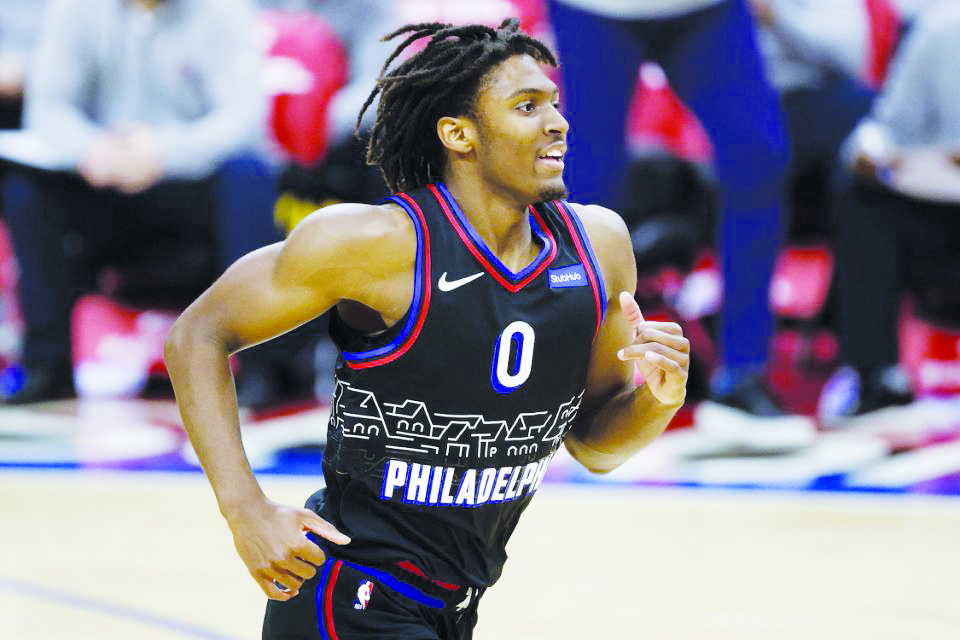 Tyrese Maxey put his name into the NBA record book with his 39-point game in his first start for Philadelphia. - Philadelphia 76ers Photo

Philadelphia felt like it got a steal in the NBA draft when Kentucky guard Tyrese Maxey fell to the 21st pick and the rookie has done nothing to disappoint the 76ers. He averaged 10.1 points, 2.2 rebounds and 18.6 minutes per game while shooting 49 percent from the field.

He really turned heads in his first start in game 10 against Denver. He went 18-for-33 from the field and scored 39 points in 44 minutes. He also added seven rebounds, six assists and two steals.

“He was great,” 76ers coach Doc Rivers said. “We needed him to be and we told him that before the game. He didn’t do it in a way where it looked like he was searching shots. He did it in a way where he ran the offense and got it in the flow. I’m really happy for him and not only just his scoring, he really didn’t turn the ball over, he had a great assist night, he had a great rebound night, he did a lot of things for us tonight.”

It was the highest-scoring game by a rookie this season and most points scored by a Philadelphia rookie since Allen Iverson got 40 in 1997. It was also the most points by a 76ers rookie in his first career start since 1970. Maxey became the youngest 76er at 20 years, 66 days to have a 35-point game and just the 14th NBA player to score 39 points at age 20 or younger while shooting 55 percent from the field.

That’s not all. Maxey became just the eighth NBA player with 35 points, five assists and five rebounds in one of his first 10 career games. The others are Frank Selvy, Oscar Robertson, Geoff Petrie, Alvan Adams, Tom Gugliotta, Iverson and Brandon Jennings. Only Maxey and Jennings have done it in the last 20 years.

The former UK star became just the fifth rookie to have 39 points, six or more assists and two or fewer turnovers. The other four are prominent names — LeBron James, Michael Jordan, Donovan Mitchell, and Steph Curry.

Rivers did not think Maxey’s performance was a fluke