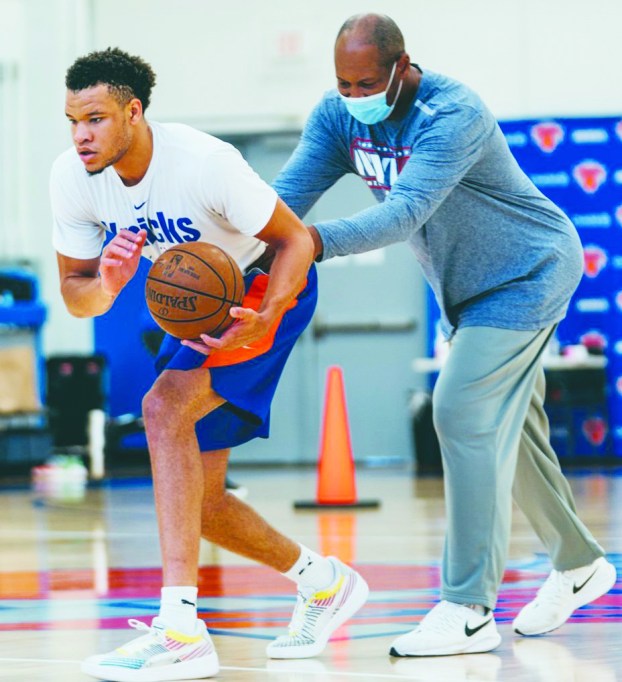 John Calipari doesn’t believe Kenny Payne’s departure from the UK coaching staff this year  has anything to do with the team’s poor play this year. Payne was on Calipari’s staff for 11 years at UK before leaving to join the New  York Knicks in August.

“My staff is doing it (what Payne used to do), believe me. They’re there, every day with these guys. They go to the lodge and check them out, do extra work,” Calipari said when asked about Payne’s absence impacting the team.

“Kenny was great at what he does but we have guys doing the same thing. Do I miss him? I miss him because he was like a brother, but we have guys here doing that. If you think anybody could change guys’ games or their abilities, I’m not sure there’s one guy that could do that.”

Maybe not, but Anthony Davis, Karl Anthony-Towns, Julius Randle and others all seemed to really flourish under Payne. Also UK had no emotional player breakdowns — or at least during games — like it has this year.

In fairness, Payne never coached during a COVID-stressed season but this year’s results sure seem to indicate UK misses him more than Calipari wants to admit.

“We’re taking time, and I’m spending extra time with these kids, but it adds up. We’re at Kentucky. This isn’t easy. You start losing, everybody has an answer,” Calipari said.

Cats get back on track, roll past LSU to end 3-game losing streak

BY KEITH TAYLOR Kentucky Today Kentucky ended one streak and started another one Saturday night. The Wildcats snapped a three-game... read more