Cats get back on track, roll past LSU to end 3-game losing streak 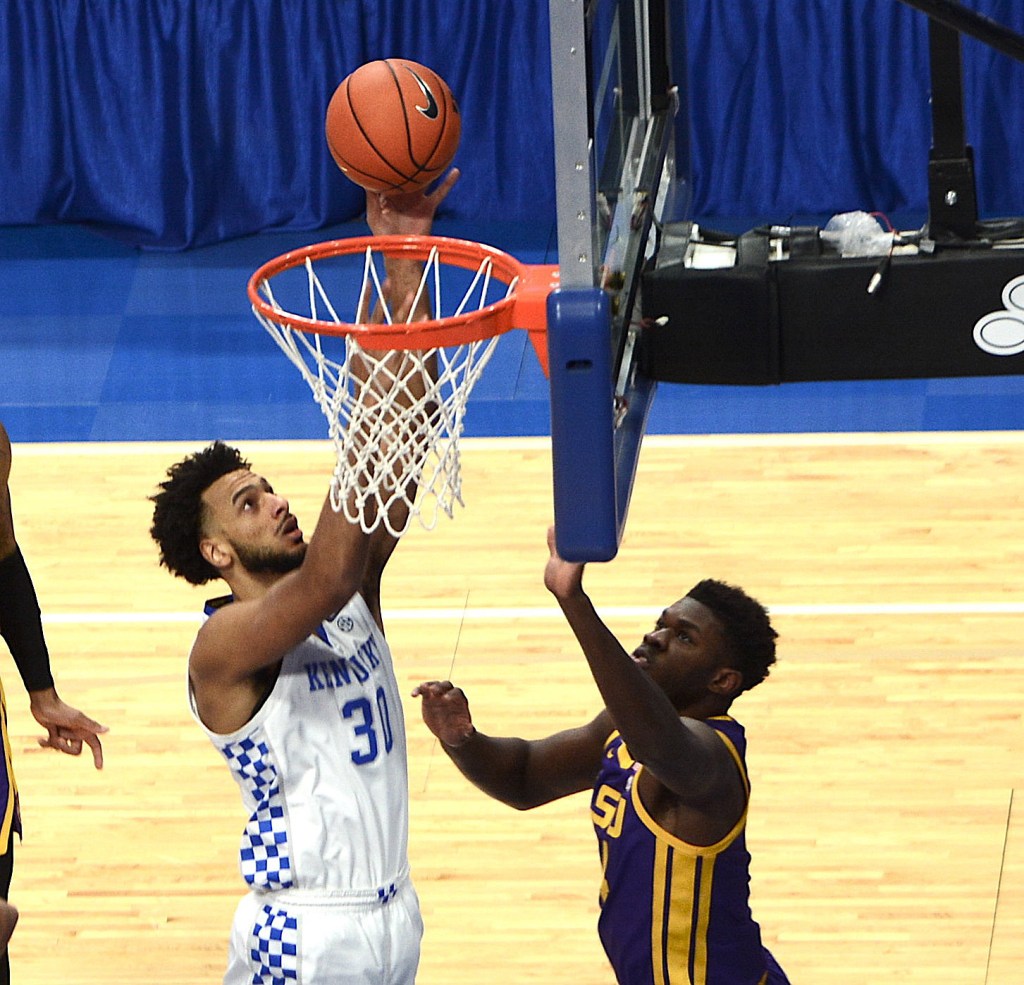 Kentucky ended one streak and started another one Saturday night.

The Wildcats snapped a three-game slide with an  82-69 win over LSU, giving the Wildcats a shot of much-needed momentum after three losses left Kentucky in a dire need of a victory. It was the Wildcats’ first win since a 76-58 win at Florida on Jan. 9.

Kentucky (5-9, 4-3 Southeastern Conference) made nine of its first 14 field goals, including four three-pointers, setting the tone early for the decisive win.

The Wildcats led from start to finish against the Tigers, who lost for the second straight time. LSU, which lost to Alabama in its last outing, fell to 10-4 overall and 5-3 in the conference.

Kentucky made seven-pointers, including four in the opening half. BJ Boston, Davion Mintz, and Dontaie Allen connected on two shots each from long range.

For the second straight contest, Boston led the Wildcats in scoring with 18 points as four players finished in double figures. Keion Brooks followed Boston with 15 points, followed by Olivier Sarr with 13 and Mintz finished with 11. Brooks just missed a double-double with nine rebounds.

Boston scored eight in a row in the second half after the Tigers narrowed the lead to single digits. The timely production by Boston allowing the Wildcats to stay in the lead and prevent a late collapse similar to last Wednesday’s disappointing 63-62 setback at Georgia.

“The two games that we lost (to Georgia and Auburn), we should have won,” Boston said. “We beat ourselves with turnovers and other teams that helped us lose the game. We came out with the mindset that we were out here to win and play for each other.”

Kentucky did just that against the Tigers. The Wildcats had been averaging 15 turnovers per game, committed just nine against the Tigers, and finished with 15 assists. Calipari said the biggest reason behind his team’s recent struggles has been turnovers and emphasized the importance of taking care of the ball on the chalkboard in the locker room prior to the game.

Isaiah Jackson was active for the Wildcats in the post and pulled down 15 rebounds to go along with one blocked shot. Jackson collected 11 defensive rebounds as the Wildcats held a commanding 46-31 edge on the glass.

“He (was) rebounding and got every ball,” Calipari said.

Despite the recent stack of losses, Kentucky freshman Lance Ware said the Wildcats remained focused on the task at hand.

Calipari was pleased the Wildcats didn’t falter down the stretch going onto Tuesday’s showdown against league-leading Alabama.

The Wildcats did just that.