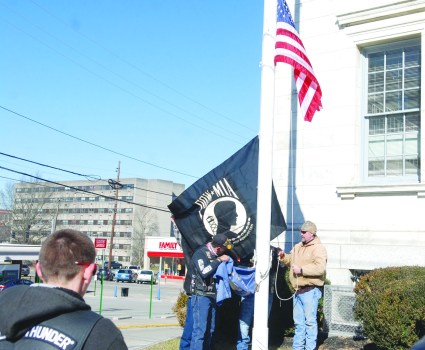 Members of Rolling Thunder Kentucky Chapter 5 prepare to raise a POW/MIA flag outside the James Clark Judicial Annex. The group requested the county to approve the flags late in 2020. (Photo by Fred Petke) 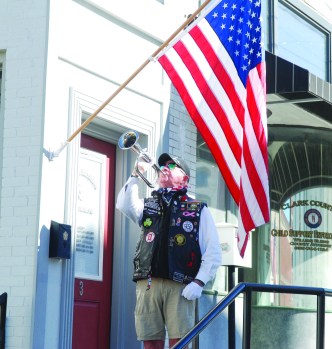 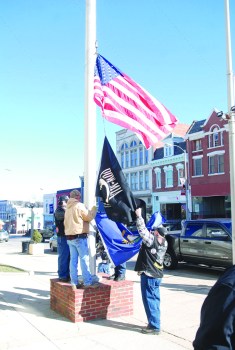 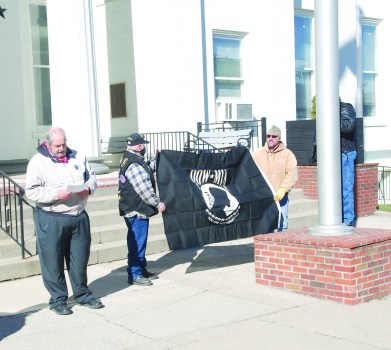 Winchester Mayor Ed Burtner, left, reads about the four Clark Countians who are still missing from their military service Saturday morning outside the Clark County Courthouse. (Photo by Fred Petke) 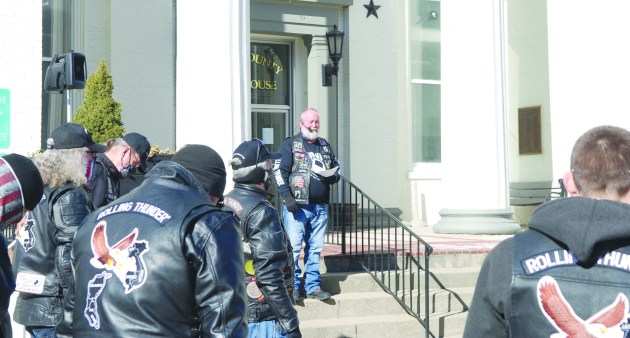 New flags were hoisted over the Clark County Courthouse and the James Clark Judicial Annex Saturday morning to honor our nation’s soldiers who are missing in action.

Members of Rolling Thunder Kentucky Chapter 5 installed the flags, after requesting them from the Clark County Fiscal Court last year.

“A while back, I noticed the post office has a POW flag,” Rolling Thunder board member and Winchester resident Larry Hall said. “It has to. That’s federal.”

There were no others flying over public buildings in Winchester, so Hall thought he’d ask the county for permission.

Hall said there are approximately 1,306 Kentucky veterans who are unaccounted from the nation’s wars, including 1,107 from World War II, 186 from Korea, 3 from the Cold War and 14 from Vietnam.

“We do this when these folks come home,” he said. “We make sure these guys are never forgotten.”