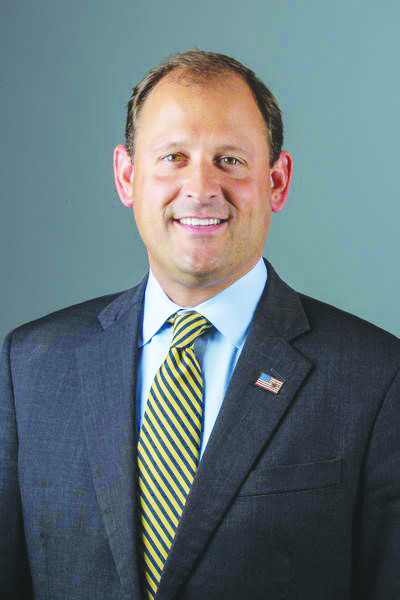 This week, I had the pleasure of attending an event in Jessamine County to celebrate the life and legacy of Dr. Martin Luther King Jr.

At the event, I was able to spend some time with Rev. Gates, pastor of the Historic First Baptist Church of Camp Nelson. Established during the Civil War, Camp Nelson served as a Union Army depot and an important stop along the Underground Railroad.

Camp Nelson has a special place in the history of our great Commonwealth that unites all Kentuckians across political, racial and generational lines and today serves as an important example in illustrating Dr. King’s message of the continuing battle to strive for a more perfect union for all.

Over the past couple of weeks, we have seen big tech in virtual alignment in an attempt to silence conservatives and shut down debate.

Twitter banned the sitting President of the United States of America from its platform, purged dozens of followers from conservatives – including my account, all in the name of a hypocritical policy against violence.

However, the same policy Twitter cites when silencing conservatives is not imposed on state-run accounts from the Chinese Communist Party (CCP), which uses its accounts to glorify the genocide of Uyghurs, an ethnic minority currently under mass imprisonment by the CCP.

Additionally, Twitter’s “modification” policies have never been invoked when it comes to tweets from Iran’s Ayatollah Khamenei calling for the destruction of the nation of Israel.  If Twitter’s policy against violent speech is not an out to censor conservatives, then why can the Ayatollah continue to tweet?  Why can hashtags like “kill Trump” continue to trend?  Why do conservative accounts continue to lose tens of thousands of followers?

The hypocrisy of big tech was on further display after Amazon, Google and Apple de-platformed the social media app Parler from their respective app stores and web servers.  This blatant monopolistic behavior is clearly being used to shut down debate and silence conservatives by any means necessary.  The selective censorship of these technology giants raises real questions about whether or not anti-trust violations have been committed.  That is why I am calling on the U.S. Department of Justice to conduct an immediate investigation into these companies.

Our country does not become more united by another impeachment

I voted against impeaching President Trump because our nation is not brought together by another impeachment.

While the President’s rhetoric on Jan. 6 prior to the violence and mayhem at the U.S. Capitol building was regrettable and irresponsible, it did not rise to the level of inciting an insurrection as alleged by the House impeachment articles. Based on the facts, I do not believe the President’s words meet the legal definition of incitement as defined by the U.S. Supreme Court.

But beyond the legal analysis of the President’s words, only seven days remained in the President’s term at the time of the impeachment vote.  Our country must focus on uniting and moving forward.  Instead, impeachment will be less about upholding the standards of the presidency and more about carrying out an act of political vengeance, further dividing an already divided country.

The Assistance to Firefighters Grant (AFG) has opened for applicants. Career and volunteer fire departments and emergency services corps can apply through the Federal Emergency Management Agency (FEMA)’s website here. These grants fund equipment, vehicles and upgrades to facilities at departments nationwide. AFG applications close on Friday, Feb. 12, and those interested are encouraged to reach out to my District Office at 859-219-1366 for assistance.