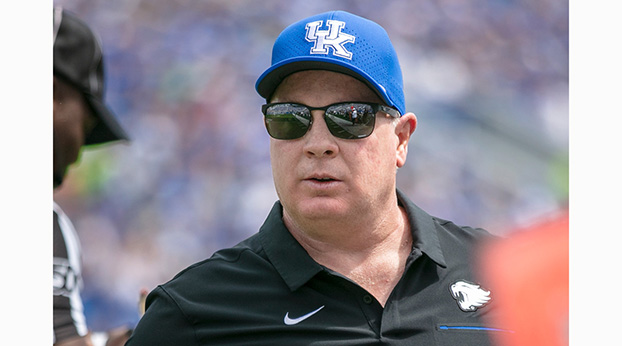 The team’s schedule was released Wednesday and the Wildcats will take on Florida, LSU, and Georgia in a three-game stretch during the first three weeks of October.

The Wildcats played a full conference slate this past season and finished with a 5-6 mark, defeating North Carolina State in the TaxSlayer Bowl. Just like last season, the schedule is flexible depending on how the ongoing pandemic unfolds this summer.

“We are proud to have completed the 2020 football season under unique circumstances and will now focus on playing the 2021 football season as scheduled,” said SEC Commissioner Greg Sankey. “Circumstances around the COVID-19 virus will continue to guide our decision-making should any adjustments need to be made.”

Kentucky will kick off the season on Sept. 4 against Louisiana Monroe, followed by two home games to start the new year.

The Wildcats will open Southeastern Conference play against Missouri on Sept. 11, followed by facing Chattanooga on Sept. 18.

Kentucky welcomes back a solid nucleus of players next season but will be looking for a new starting quarterback, competition that likely will feature Joey Gatewood and Beau Allen. New offensive coordinator Liam Coen will be charged with determining who will fill that role next season.

With 13 playing weekends, the league schedule includes one open date for each team and conference contests scheduled each week beginning in Week Two.

The SEC championship game is scheduled for Dec. 4 at Mercedes-Benz Stadium in Atlanta.